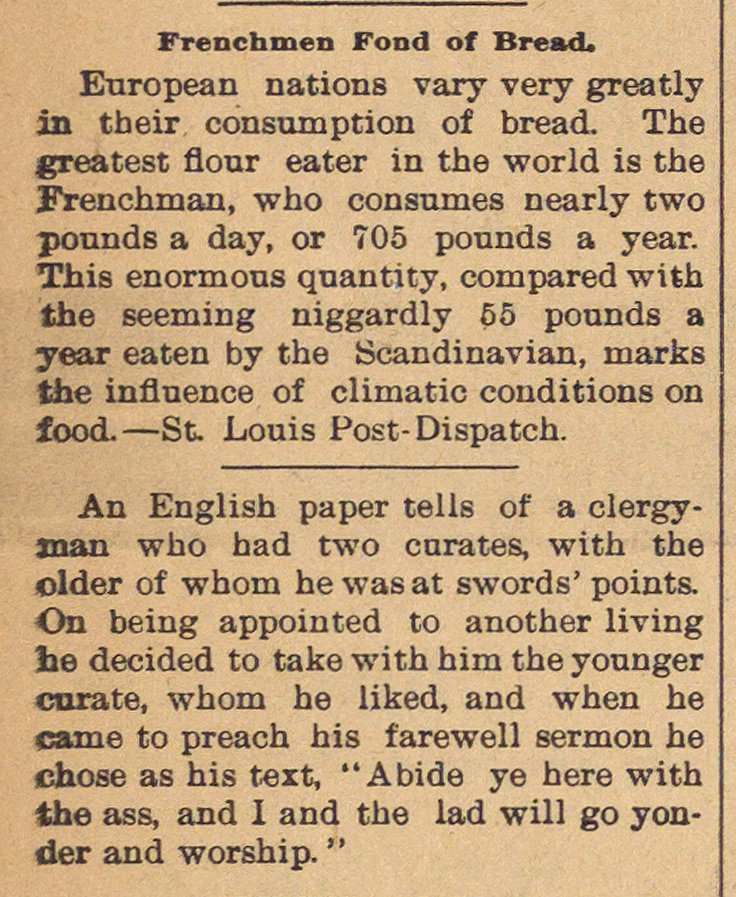 Enropean nations vary very greatly in their consumption oí bread. The greatest flour eater in the world is the Frenchman, who consumes nearly two pounds a day, or 705 ponnds a year. This enormous qnantity, compared with the seeming niggardly 55 pounds a year eaten by the Scandinavian, marks the influence of climatic conditions on food. - St. Louis Dispatch. An English paper tells of a clergyjnan who had two cnrates, with the older of whom hewasat swords' points. On being appointed to another living he decided to take with him the younger cúrate, whom he liked, and when he carne to preach his farewell sermón he chose as his text, "Abide ye here with the ass, and 1 and the lad will go yonder and worship. "