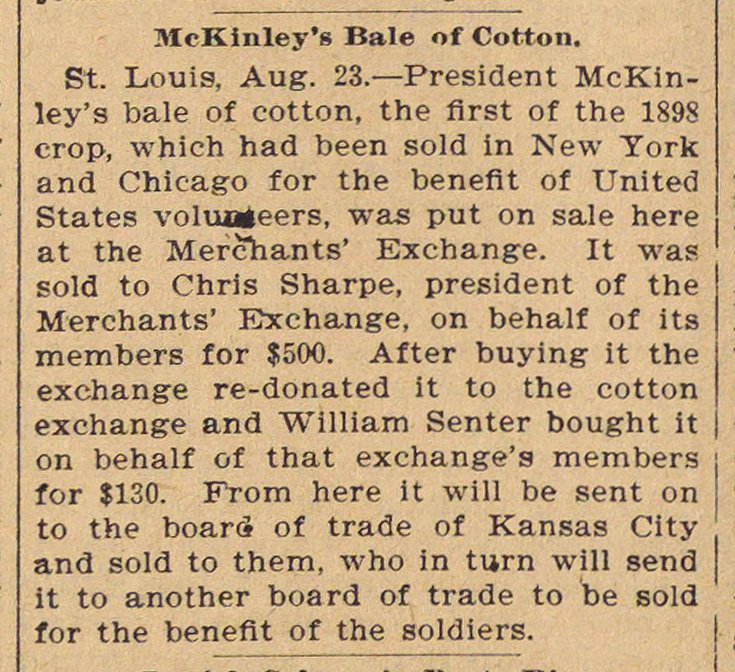 St. Louis, Aug. 23.- President McKinley's bale of cotton, the first of the 1898 erop, which had been sold in New York and Chicago for the benefit of United States voluoleers, was put on sale here at the Merchants' Exchange. It was solo to Chris Sharpe, president of the Merchants' Exchange, on behalf of its members for $500. After buying it the exchange re-donated it to the cotton exchange and William Senter bought it on behalf of that exchange's members for $130. From here it will be sent on to the boará of trade of Kansas Cityand sold to them, ivho in turn will send it to another board of trade to be sold for the benefit of the soldiers.