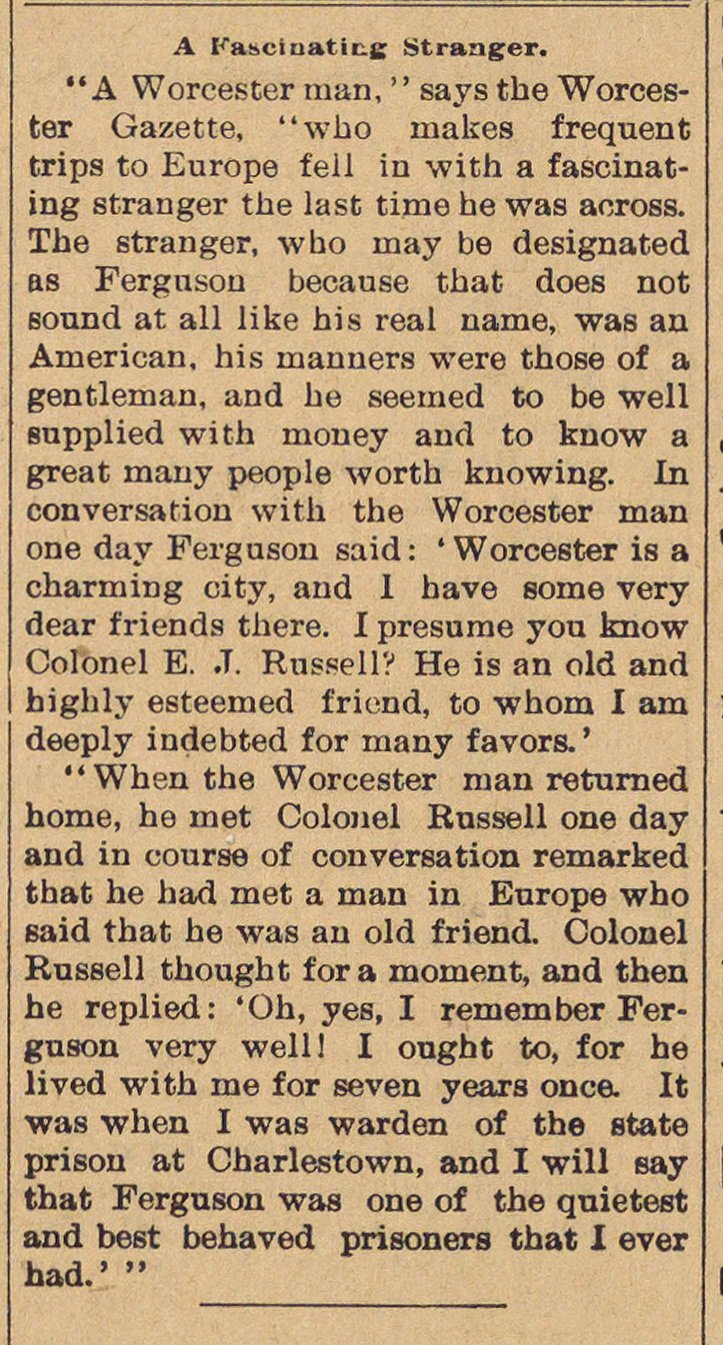 "A Worcester man, " says the Worcester Gazette, "wbo makes frequent trips to Europe feil in with a fascinating stranger the last time he was aoross. The stranger, wbo inay be designated as Fergiison beeause that does not sound at all like bis real name, was an American, his manuers were those of a gentleman, and he seemed to be well supplied with money and to know a great many people worth knowing. ín conversation with the Worcester man one day Ferguson said: 'Worcester is a charming city, and 1 have some very dear friends tbere. I presume you know Colonel E. .T. Russell? He is an oíd and highly esteemed fricnd, to whom I am deeply indebted for many favors.' "When the Worcester man returned home, he met Colonel Bussell one day and in course of conversation remarked that he had met a man in Europe who said that he was an oíd friend. Colonel Russell thought fora moment, and then he replied: 'Oh, yes, I remember Ferguson very well! I ought to, for he lived with me for seven years once. It was when I was warden of the state prison at Charlestown, and I will say that Ferguson was one of the quietest and best behaved prisoners that I ever had.' "