Sheridan At The Milliner's 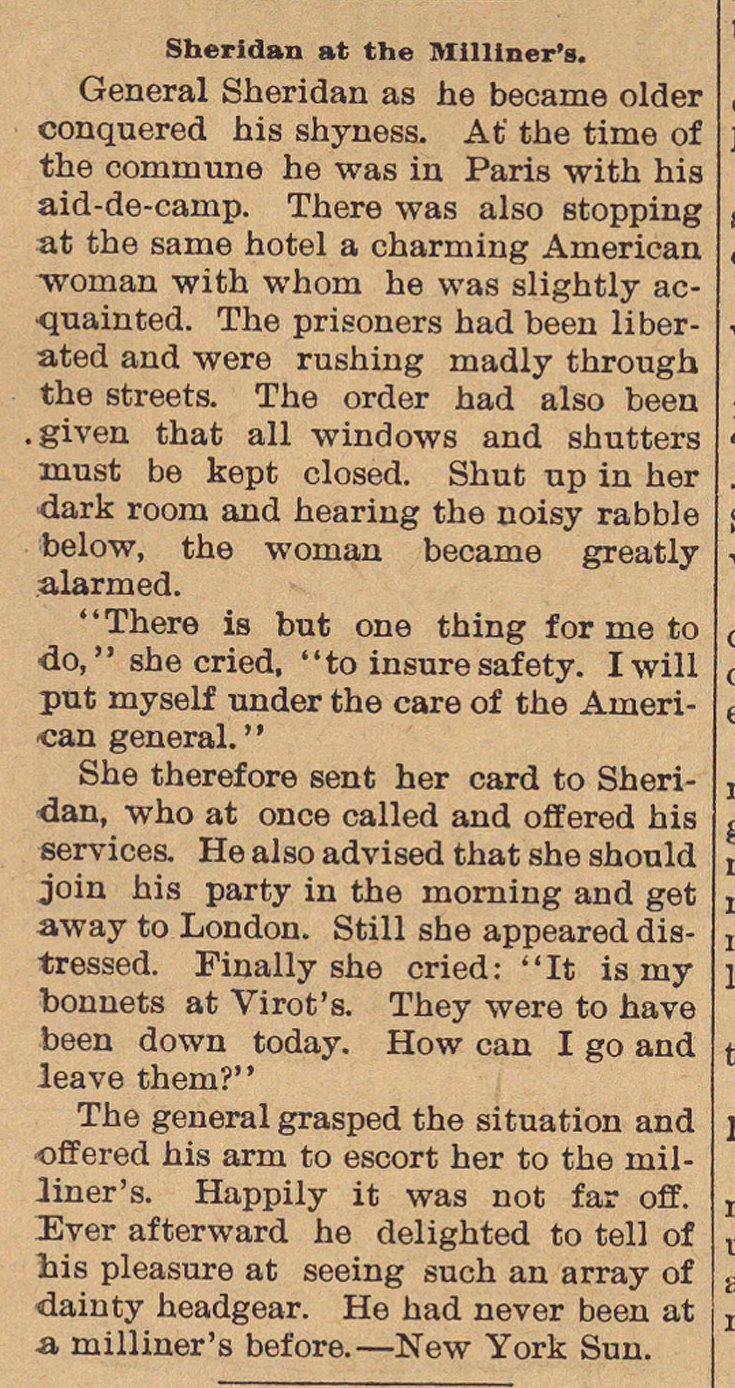 General Sheridan as he became older conquered his shyness. At' the time of the commune he was in Paris with his aid-de-camp. There was also stopping at the same hotel a charming American "woman with whom he was slightly ac■qnainted. The prisoners had been liberated and were rushing madly through the streets. The order had also been . given that all windows and shutters inust be kept closed. Shut tip in her dark room and hearing the noisy rabble below, the woman became greatly alarmed. "There is but one thing for me to do," she cried, "to insure saf ety. Iwill put myself under the care of the American general." She therefore sent her card to Sheridan, who at once called and ofïered his services. He also advised that she should join his party in the inorning and get away to London. Still she appeared distressed. Finally she cried: "It is rny bonuets at Virot's. They were to have been down today. How can I go and leave them?" The general grasped the situation and offered his arm to escort her to the milliner's. Happily it was not f ar off. Ever afterward he delighted to teil of his pleasure at seeing such an array of dainty headgear. He had never been at a milliner's