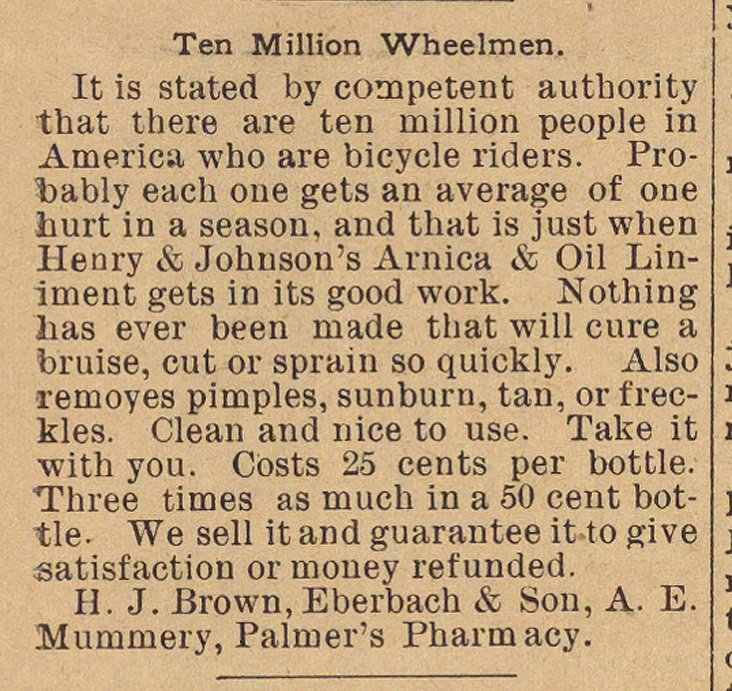 Ten Million Wheelmen. It is stated by competent autbority that there are ten million people in America who are bicycle riders. Protiably each oue gets an average of one liurt in a season, and that is just when Ileory & Johuson's Árnica & Oil Liniment gets in its good work. Nothing has ever been made that will cure a bruise, cut or sprain so quickly. Also remoyes pimples, sunburn, tan, or freckles. Clean and nice to use. Take it with you. Cbsts 25 cents per bottle. Three times as much in a 50 cent bottle. We sell it and guarantee it to give satisfaction ormoney refunded. H. J. Brown, Eberbach & Son, A. E. Mummery, Palmer's Pharmacy.