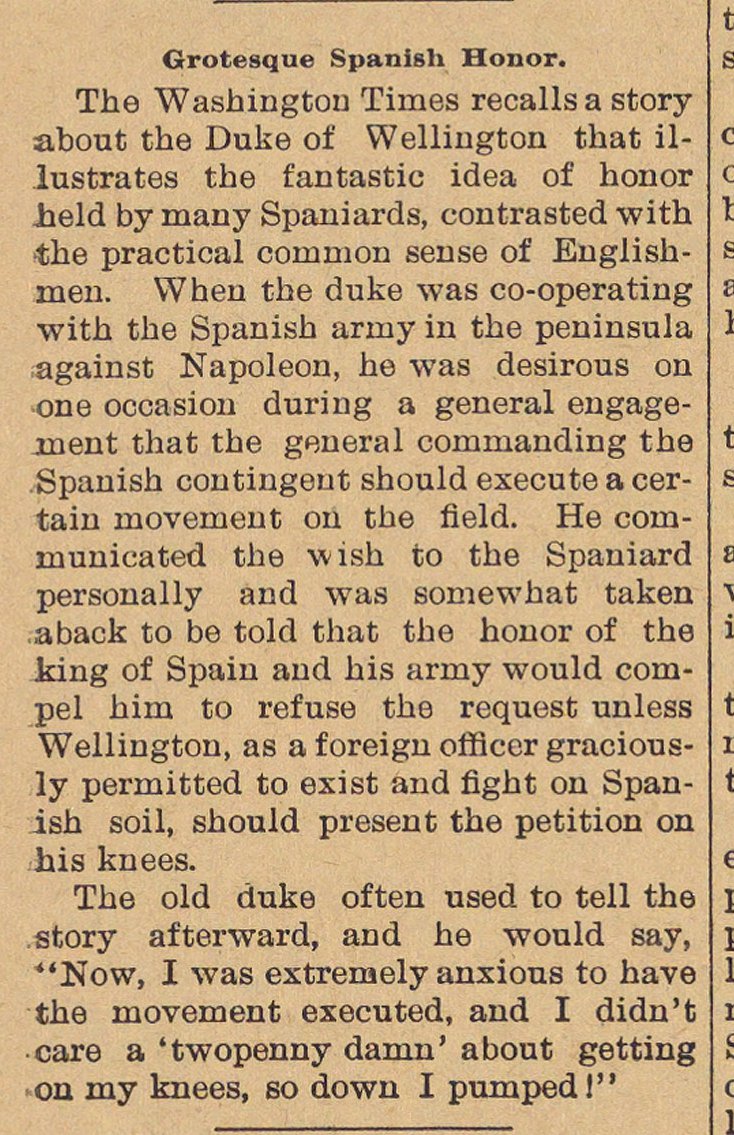 The Washington Times recalls a story about the Duke of Wellington that illustrates the fantastic idea of honor iield by many Spaniards, contrasted with ■the practical common sense of Englishmen. When the duke was co-operating with the Spanish army in the península against Napoleon, he was desirous on one occasion during a general engagement that the general coramanding the Spanish contingent should execute a certain ïnovemeut on the field. He comïnunicated the wish to the Spauiard personally and was somewhat taken aback to be told that the honor of the king of Spain and his army would compel him to refuse the request unless Wellington, as a foreign officer graciously permitted to exist and fight on Spanish soil, should present the petition on his knees. The old dnke often used to teil the story afterward, and he would say, 4'Now, I was extremely anxious to have the movement executed, and I didn't care a 'twopenny damn' about getting on my knees, so down I pumped !"