A Weapon Of Ancient Pugilists 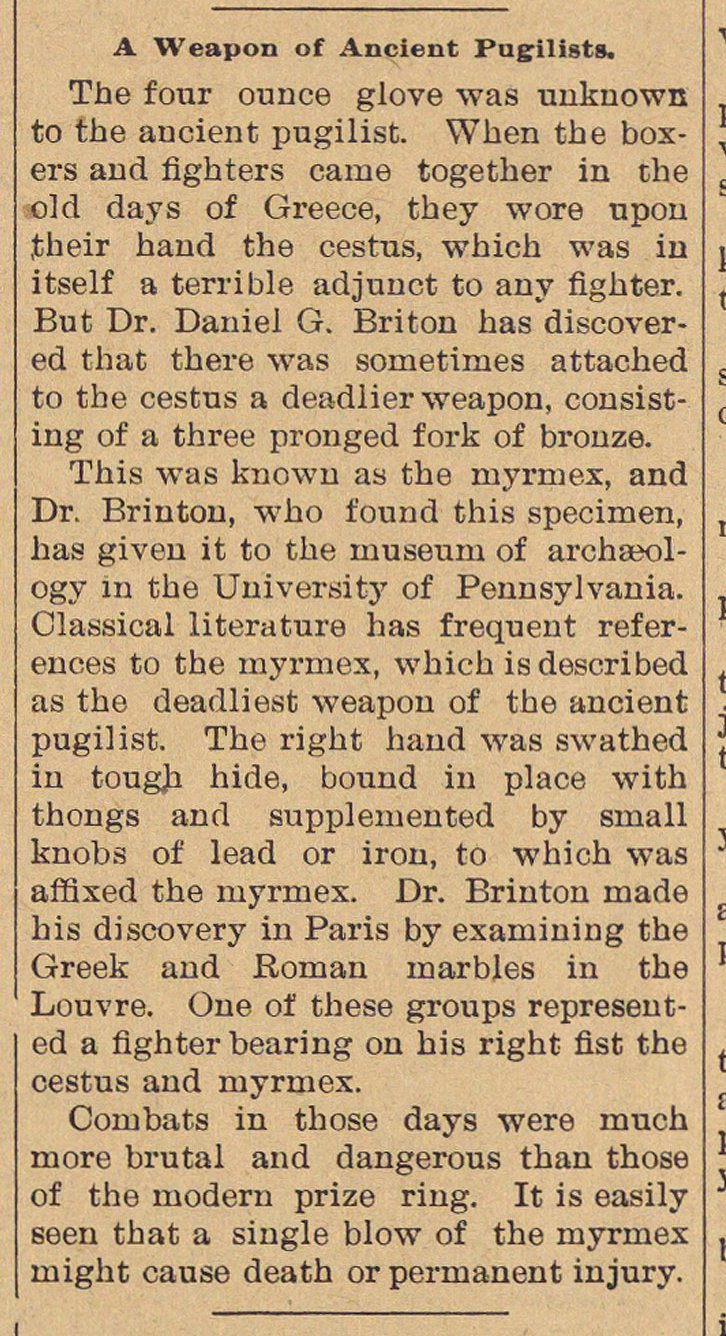 The tour ounce glove was uuknown to the ancient pugilist. When the boxers and fighters came together in the old days of Greece, they wore upou ,their hand the cestus, which was in itself a terrible adjunct to any fighter. But Dr. Daniel G. Briton has discover - ed that there was sometimes attached to the cestus a deadlier weapon, consisting of a three pronged fork of bronze. This was knowu as the niyrmex, and Dr. Brinton, who found this specimen, has given it to the museum of archajology in the Unïversity of Pennsylvania. Classical literatura has frequent references to the myrmex, which isdescribed as the deadliest weapon of the ancient pugilist. The right hand was swathed in tougja hide, bound in place with thongs and suppleniented by small knobs of lead or iron, to which was affixed the myrmex. Dr. Brinton made his discovery in Paris by examining the Greek and Roman marbles in the Louvre. One of these groups represented a fighter bearing on his right fist the cestus and myrmex. Combats in those days were much more brutal and dangerous than those of the modern prize ring. It ís easily seen that a single blow of the myrmex might cause death or permanent injury.