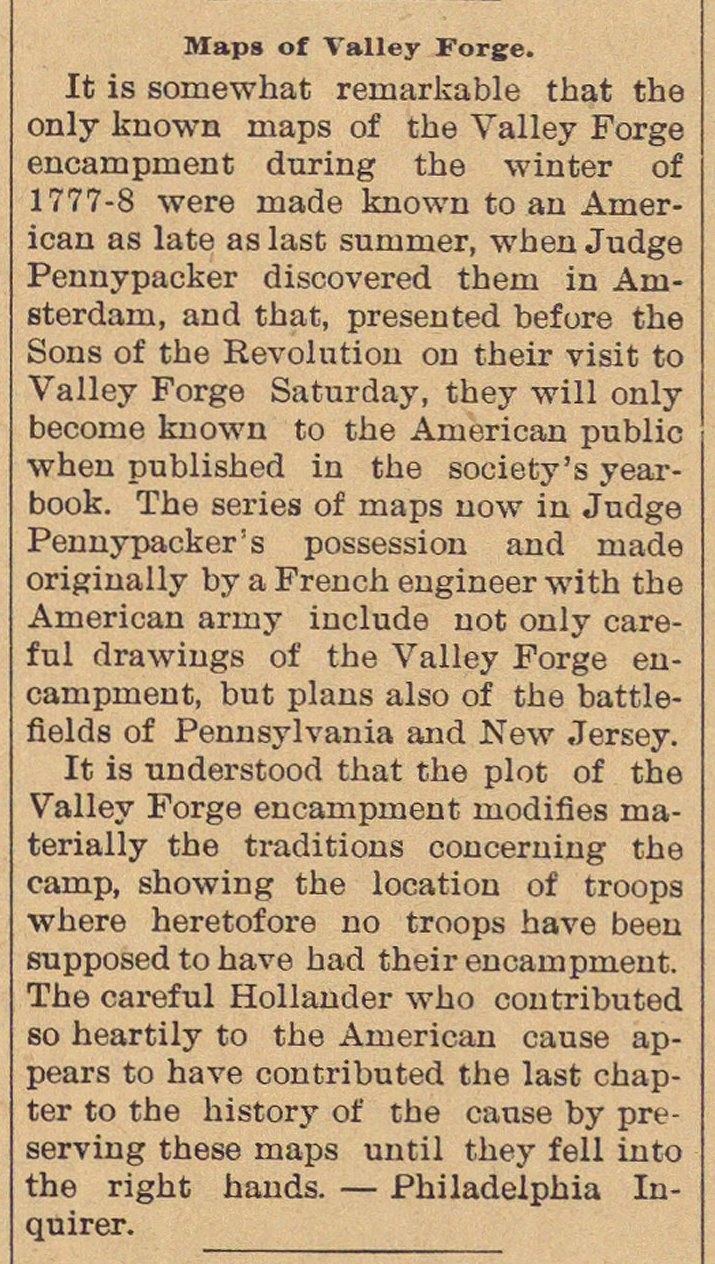 It is somewhat reinarkable that the only known maps of the Valley Forge encampnient during the winter of 1777-8 were made known to an American as late as last summer, when Judge Pennypacker discovered them in Amsterdam, and that, presented before the Sons of the Revolntion on their visit to Valley Forge Saturday, they will only become known to the American public when published in the society's yearbook. The series of maps uow in Judge Pennypacker's possession and made originally by a French engineer with the American army include iiot only careful drawings of the Valley Forge encampment, but plans also of the battleflelds of Pennsylvania and New Jersey. It is understood that the plot of the Valley Forge encampment modifies materially the traditions concerniug the camp, showing the location of troops where heretofore no troops have been supposed to have had their encampment. The careful Hollander who contributed so heartily to the American cause appears to have contributed the last chapter to the history of the canse by preserving these maps until they feil into