Did Not Exist Officially 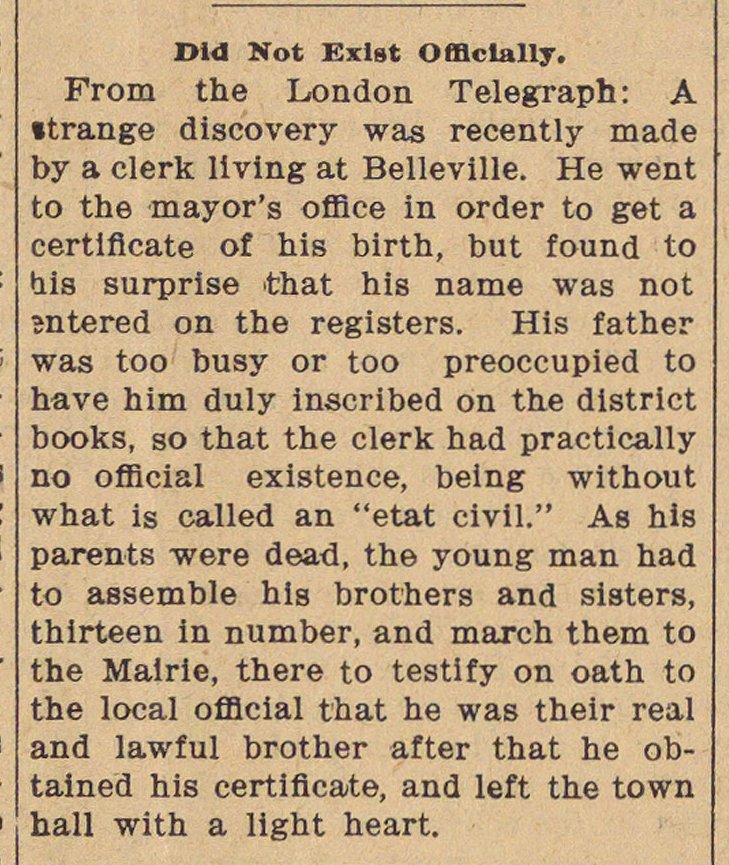 From the London Telegraph: A ttrange discovery was recently made by a clerk living at Belleville. He went to the mayor's office in order to get a certifícate of nis birth, but found to dia surprise that his name was not sntered on the registers. His father was too busy or too preoccupied to have him duly inscribed on the district Dooks, so that the clerk had practically no official existence, being without what is called an "etat civil." As his parents were dead, the young man had :o assemble hls brothers and sisters, :hlrteen in number, and march them to the Mairie, there to testify on oath to :he local official that he was their real and lawful brother after that he ob:ained his certifícate, and left the town hall with a light heart.