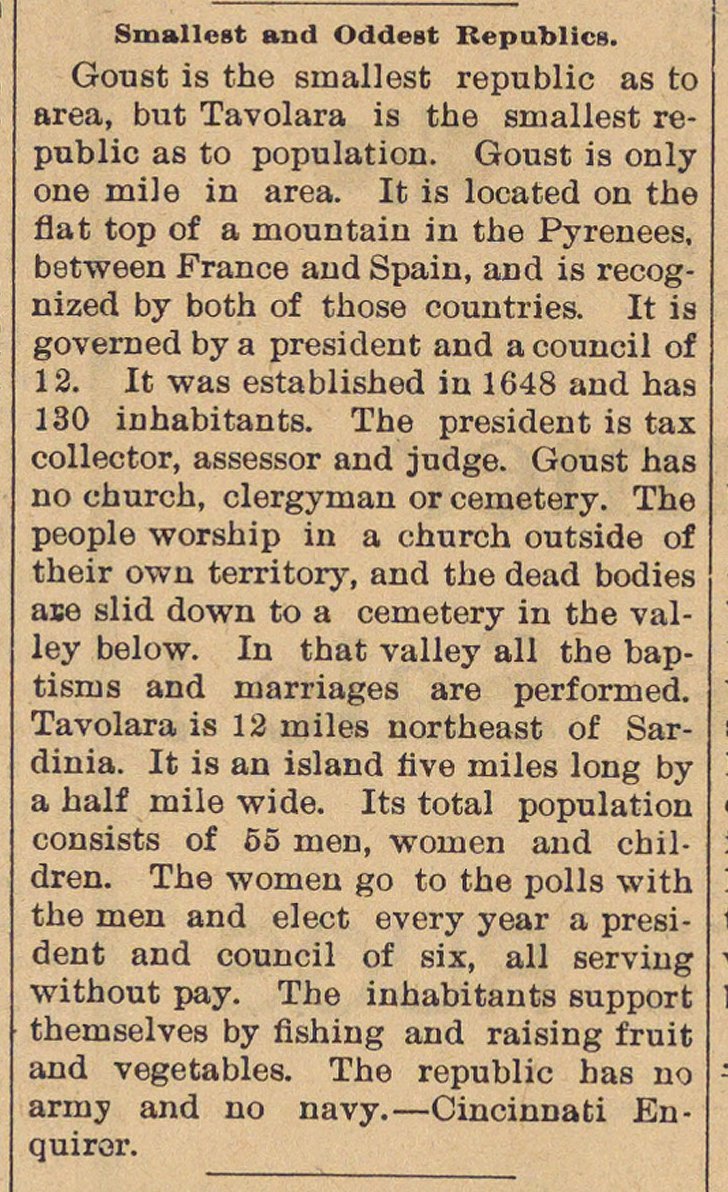 Goust is the sinallest republic as to area, but Tavolara is the smallest republic as to population. Goust is only one inile in area. It is located on the flat top of a mountain in the Pyrenees, between France and Spain, and is recognized by both of those countries. It is governed by a president and a council of 12. It was established in 1648 and has 130 inhabitants. The president is tax collector, assessor and judge. Goust has no church, clergyman or cemetery. The people worship in a church outside of their own territory, and the dead bodies ase slid down to a cemetery in the valley below. In that valley all the baptisms and marriages are performed. Tavolara is 12 miles northeast of Sardinia. It is an island live miles long by a half mile wide. lts total population consists of 65 men, wornen and children. The women go to the polls with the men and elect every year a president and council of six, all serviug without pay. The inhabitants support themselves by fishing and raising fruit and vegetables. The republic has no