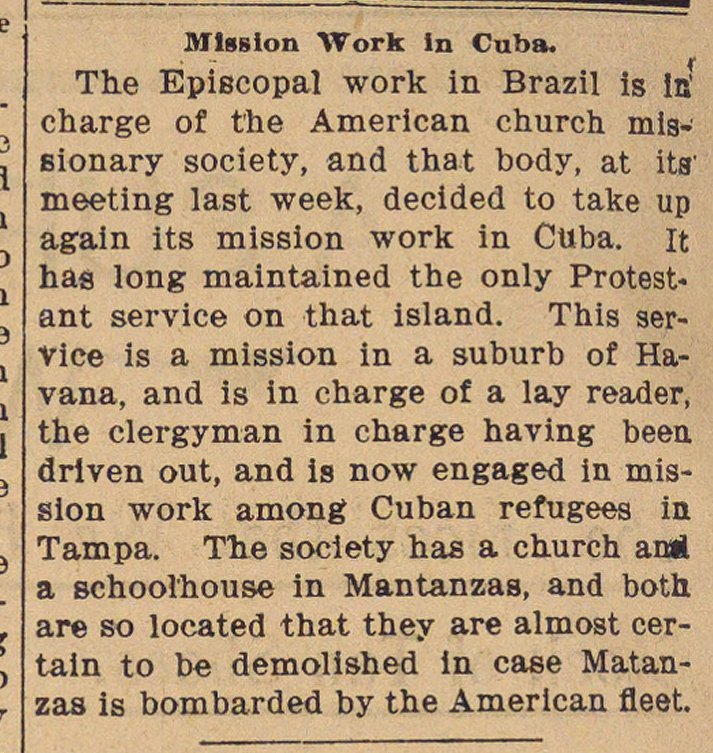 The Episcopal work in Brazil ig In' charge of the American church miseionary society, and that body, at ita meeting last week, decided to take up again its mission work in Cuba. It has long maintained the only Protestant service on that island. This service is a mission in a suburb of Havana, and is in charge of a lay reader, the clergyman in charge having been. driven out, and is now engaged in mission work among Cuban refugees in Tampa. The society has a church and a schooïhouse in Mantanzas, and botb are so located that they are almost certain to be demolished in case Matanzas is bombarded by the Amerlcaa fleet.