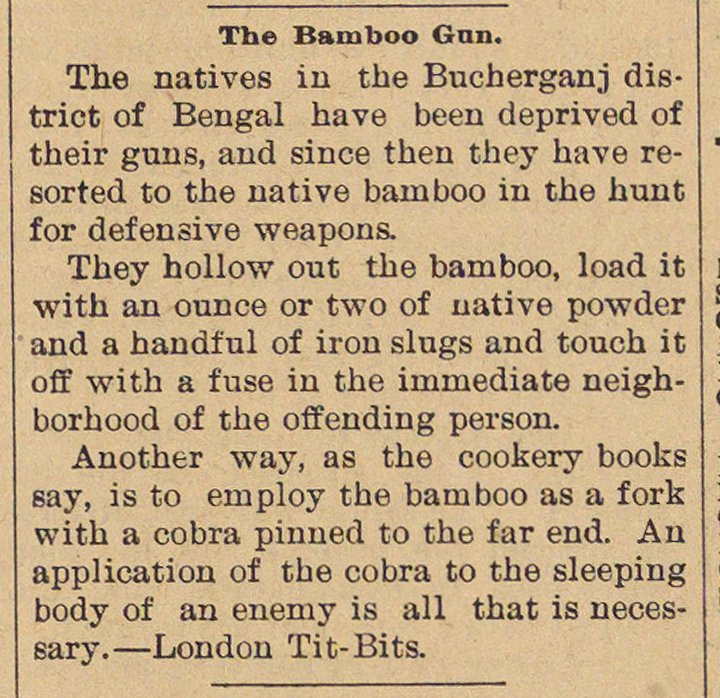 ïhe natives in the Bucherganj district of Bengal have been deprived of their guns, and since then they have resorted to the native bamboo in the hunt for defensiva weapons. They hollow out the bamboo, load it with an ounce or two of native powder and a handful of iron slugs and touch it off with a fuse in the immediate neighborhood of the offending person. Another way, as the cookery books say, is to ernploy the bamboo as a fork with a cobra pinned to the far end. An application of the cobra to the sleeping body of an enemy is all that is