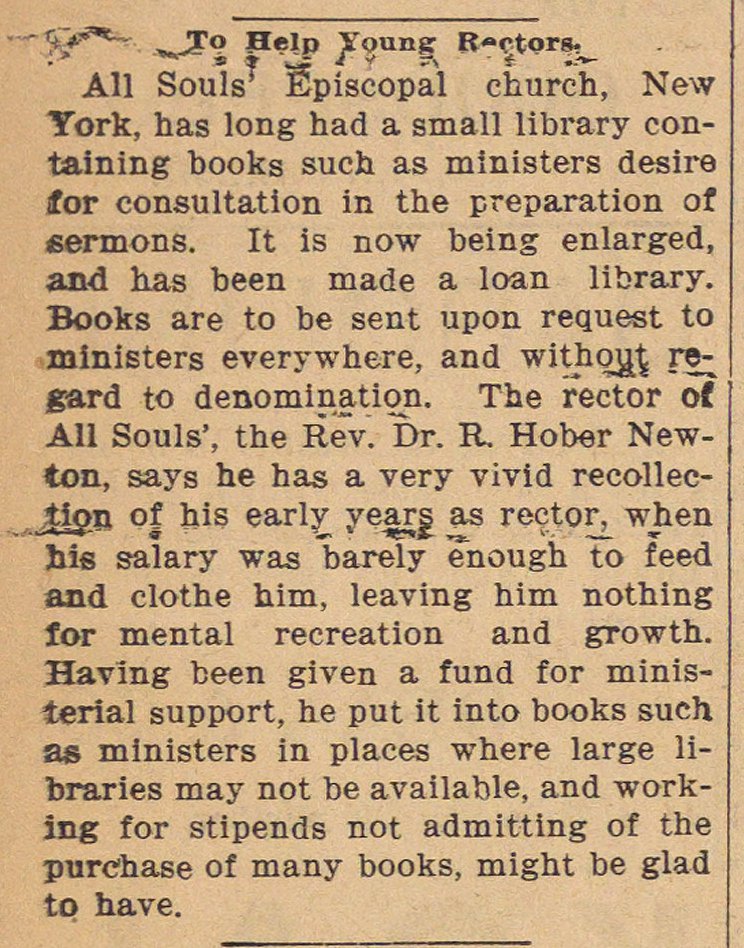 All Souls Episcopal church, New York, has long had a small library containing books such as ministers desire íor consultation in the p-eparation oí sermons. It is now being enlarged, and has been made a loan library. Books are to be sent upon request to ministers everywhere, and withou. re gard to denomination. The rector of All Souls', the ReV. Dr. R. Hober Newton, says he has a very vivid recollecJtigii of his early years. as rector, when bis salary was barely ehough to feed and clothe him, leaving him nothing lor mental recreation and growth. Having been given a fund for ministerial support, he put it into books sueh as ministers in places where large libraries may not be available, and working for stipends not admitting of the purehase of many books, might be glad tp have.