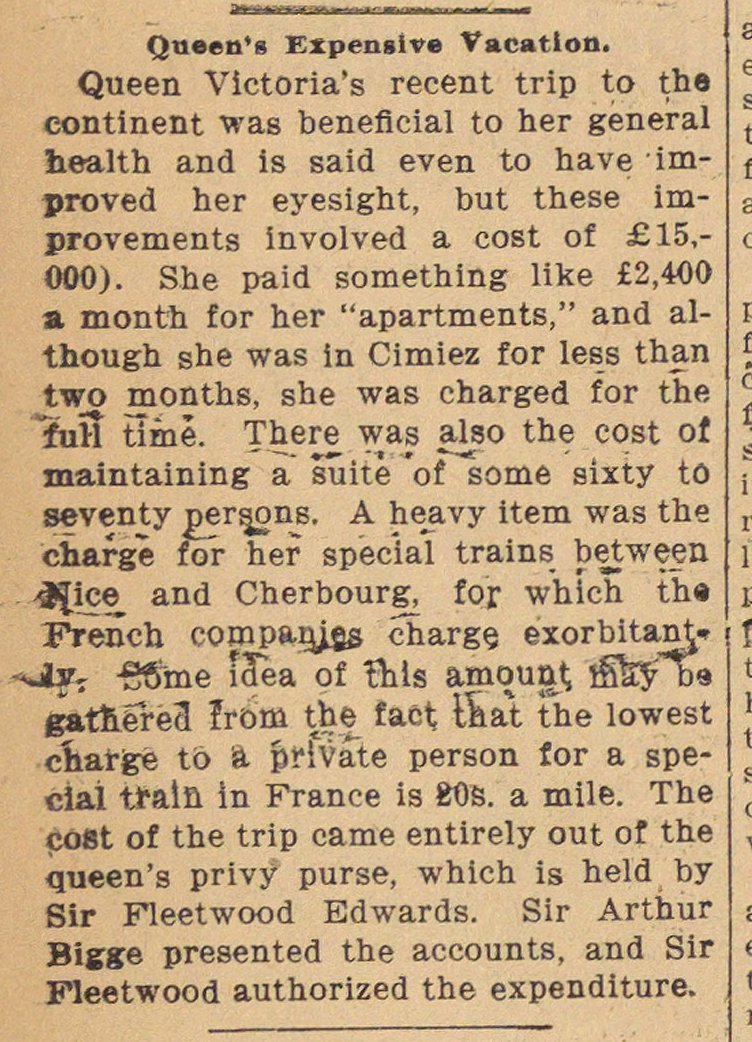 Queen Victoria's recent trip to the continent was beneficial to her general health and is said even to have improved her eyesight, but these improvements in volved a cost of L15,000). She paid something like L2,400 a month for her "apartments," and although she was in Cimiez for less than two months, she was charged for the "fuH tlrnè. There was also the cost of maintaining a suite of some sixty to seventy jienjons. A heavy item was the charge for hef special trains between -ájice and Cherbourg, for which th Prencli companjjs charge exorbitant Uït %6me i5èa of this amqun iS ts ittëre3 ïrom the fact ft at the lowest cíiarige tö & prfvate person Lor a special trala in France is Btis. a mile. The cóSt of the trip came entirely out of the queen's privy purse, which is held by Sir Fleetwood Edwards. Sir Arthur Bigge presented the accounts, and Sir Fleetwood authorized the expenditure.