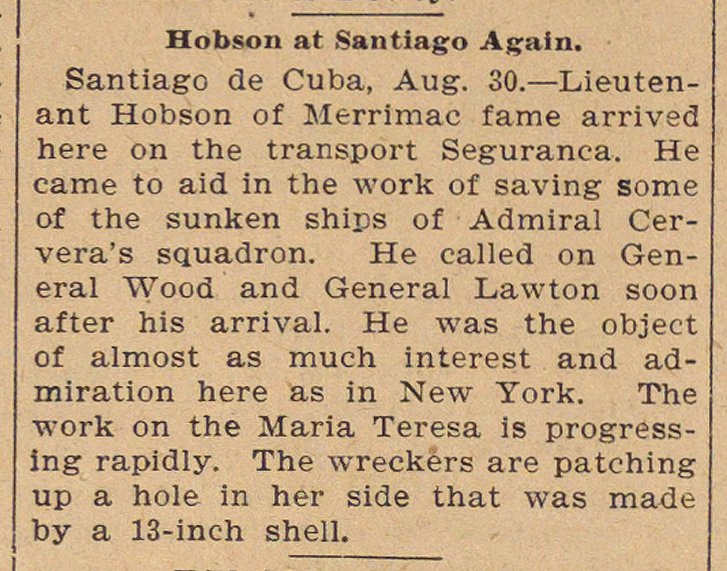 Santiago de Cuba, Aug. 30. - Lieutenant Hobson of Merrimac fame arrived here on the transport Seguranea. He carne to aid in the work of saving some of the sunken ships of Admiral Cervera's squadron. He called on General Wood and General Lawton soon after his arrival. He was the object of almost as much interest and admiration here as in New York. The work on the Maria Teresa is progressing rapidly. The wreckers are patching up a hole in her side that was made by a 13-inch shell.