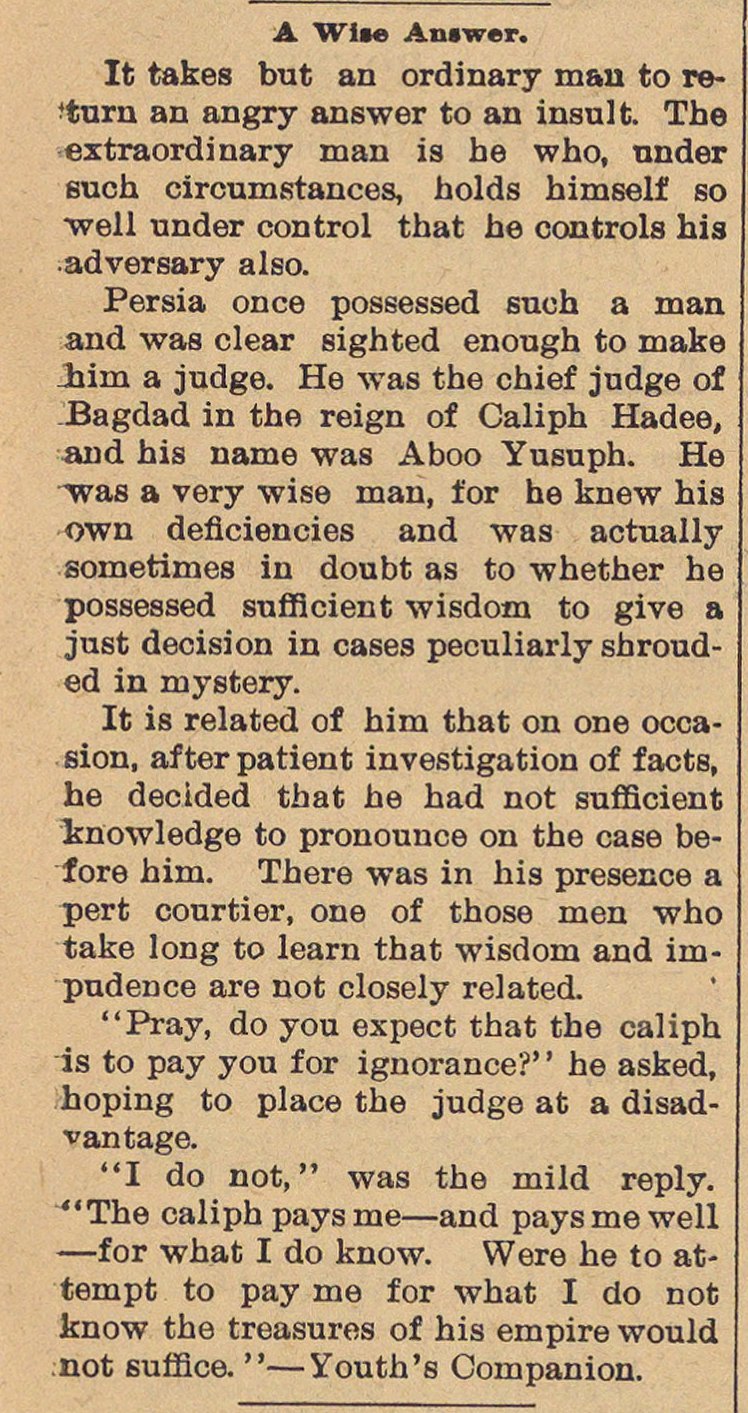 It takes but an ordinary man to reftnrn an angry answer to an insult. The extraordinary man is he who, tinder such circumstances, holds himself so "well under control that he controls hia adversary also. Persia once possessed such a man and was clear sighted enough to make Jhim a judge. He was the chief jndge of Bagdad in the reign of Caliph Hadee, and his name was Aboo Yusuph. He was a very wise man, for he knew his own deficiencies and was actually sometimes in doubt as to whether he possessed sufflcient wisdom to give a just decisión in cases peculiarly shrouded in mystery. It is related of him that on one occasion, af ter patiënt investiga tion of f acts, he decided that he had not sufficient tnowledge to pronounce on the case before him. There was in his presecce a pert courtier, one of those men who take long to learn that wisdom and impudence are not closely related. "Pray, do you expect that the caliph is to pay you for ignorance?' ' he asked, hoping to place the judge at a disadvantage. "I do not," was the mild reply. "The caliph pays me - and paysmewell - for what I do know. Were he to attempt to pay me for what I do not know the treasures of his empire would not suffice. '-