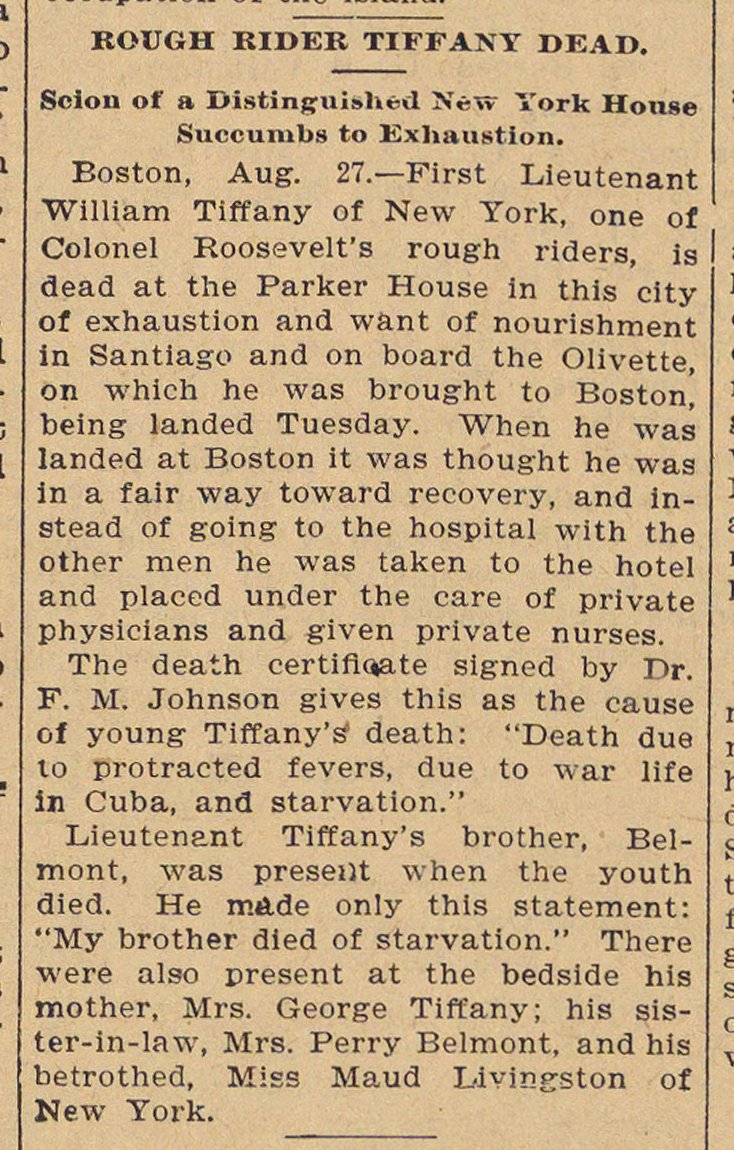 Boston, Aug. 27. - First Lieutenant William Tiffany of New York, one of Colonel Roosevelt's rough riders, is I dead at the Parker House in this city of exhaustion and want of nourishment in Santiago and on board the Olivette, on which he was brought to Boston, being landed Tuesday. When he was landed at Boston it was thought he was in a fair way toward recovery, and instead of going to the hospital with the other men he was taken to the hotel and placed under the care of private physicians and given private nurses. The death certificjate slgned by Dr. F. M. Johnson gives this as the cause of young Tiffany's1 death: "Death due to protracted fevers, due to war life in Cuba, and starvation." Lieutenant Tiffany's brother, Belmont, was present when the youth died. He made only this statement: 'My brother died of starvation." There were also present at the bedside nis mother, Mrs. George Tiffany; his siser-in-law, Mrs. Perry Belmont, and his jetrothed, Miss Maud Livingston of New York.