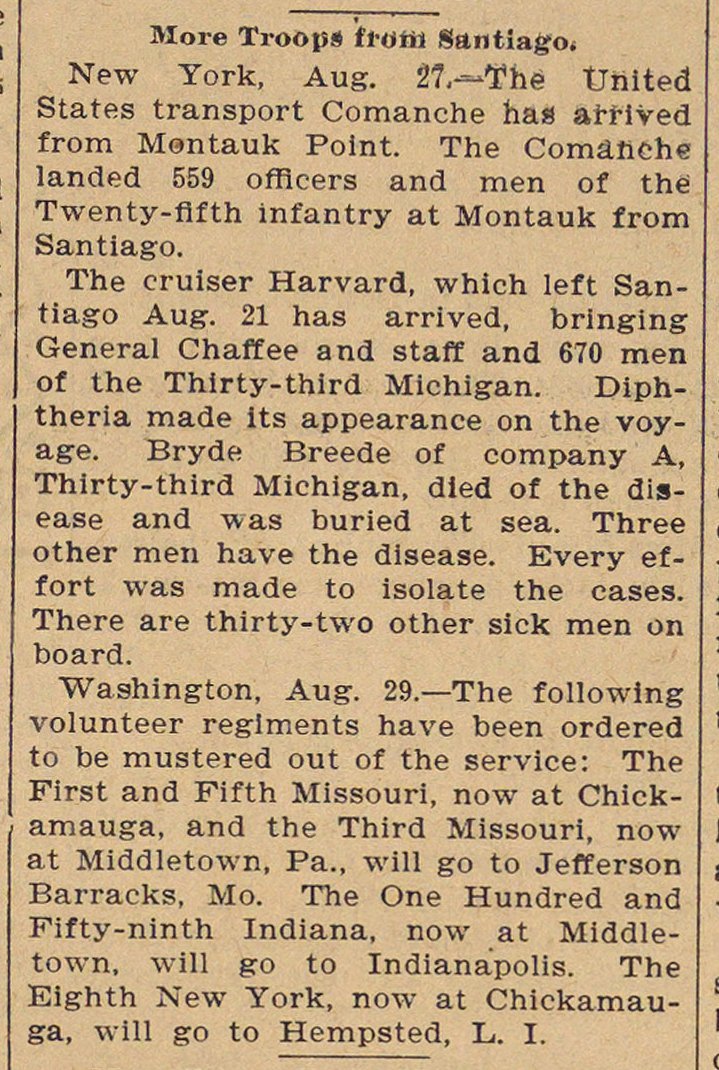 New York, Aug. 27,- The United States transport Comanche has arfivec from Montauk Point. The Comanch landed 559 offlcers and men of th Twenty-flfth infantry at Montauk from Santiago. The cruiser Harvard, which left San tiago Aug. 21 has arrived, bringing General Chaffee and staff and 670 men of the Thirty-third Michigan. Diphtheria made its appearance on the voyage. Bryde Breede of company A Thirty-third Michigan, died of the disease and was buried at sea. Three other men have the disease. Every effort was made to isolate the cases There are thirty-two other sick men on board. Washington, Aug. 29.- The following volunteer reglments have been orderec to be mustered out of the service: The First and Fifth Missouri, now at Chickamauga, and the Third Missouri, now at Middletown, Pa., wlll go to Jefferson Barracks, Mo. The One Hundred and Fifty-ninth Indiana, now at Middletown, will go to Indianapolis. The Eighth New York, now at Chickamauga, will go to Hempsted, L. I.