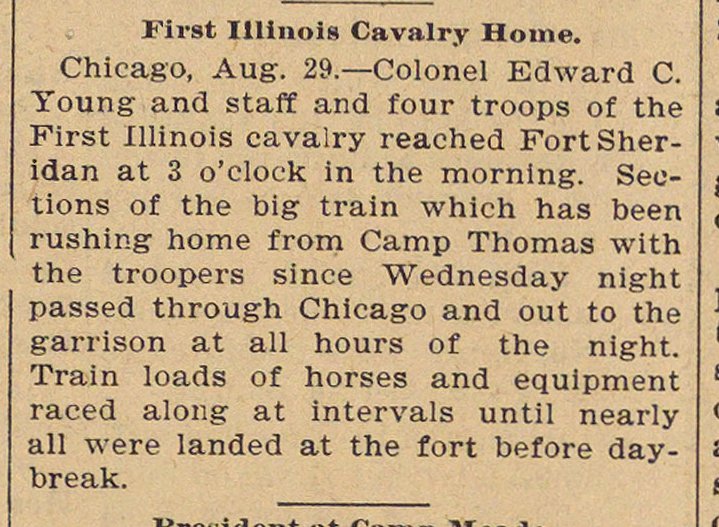 Chicago, Aug. 29.- Colonel Edward C. Young and staff and four troops of the First Illinois cavalry reached FortSheridan at 3 o'clock in the morning. Seotions of the big train which has been rushing home from Camp Thomas with the troopers since Wednesday night passed through Chicago and out to the garrison at all hours of the night. Train loads of horses and equipment raced along at intervals until nearly all were landed at the fort before daybreak.