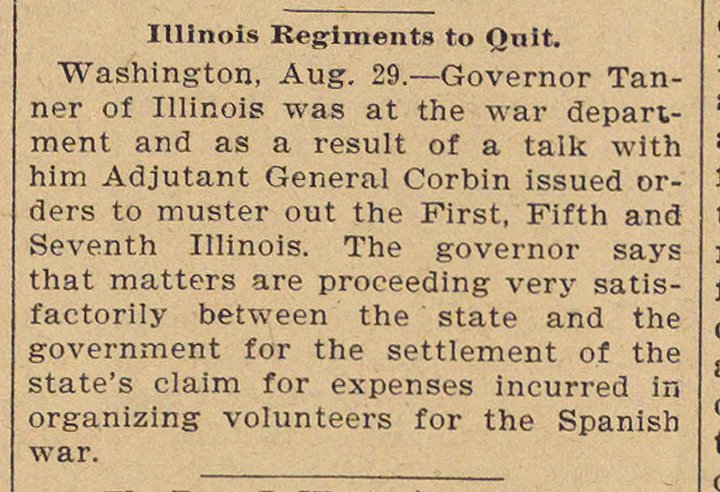 Washington, Aug. 29. - Governor Tanner of Illinois was at the war department and as a result of a talk with him Adjutant General Corbin issued orders to muster out the Pirst, Fifth and Seventh Illinois. The governor says that matters are proceeding very satisfactorily between the state and the government for the settlement of the state's claim for expenses incurred in organizing volunteers for the Spanish war.