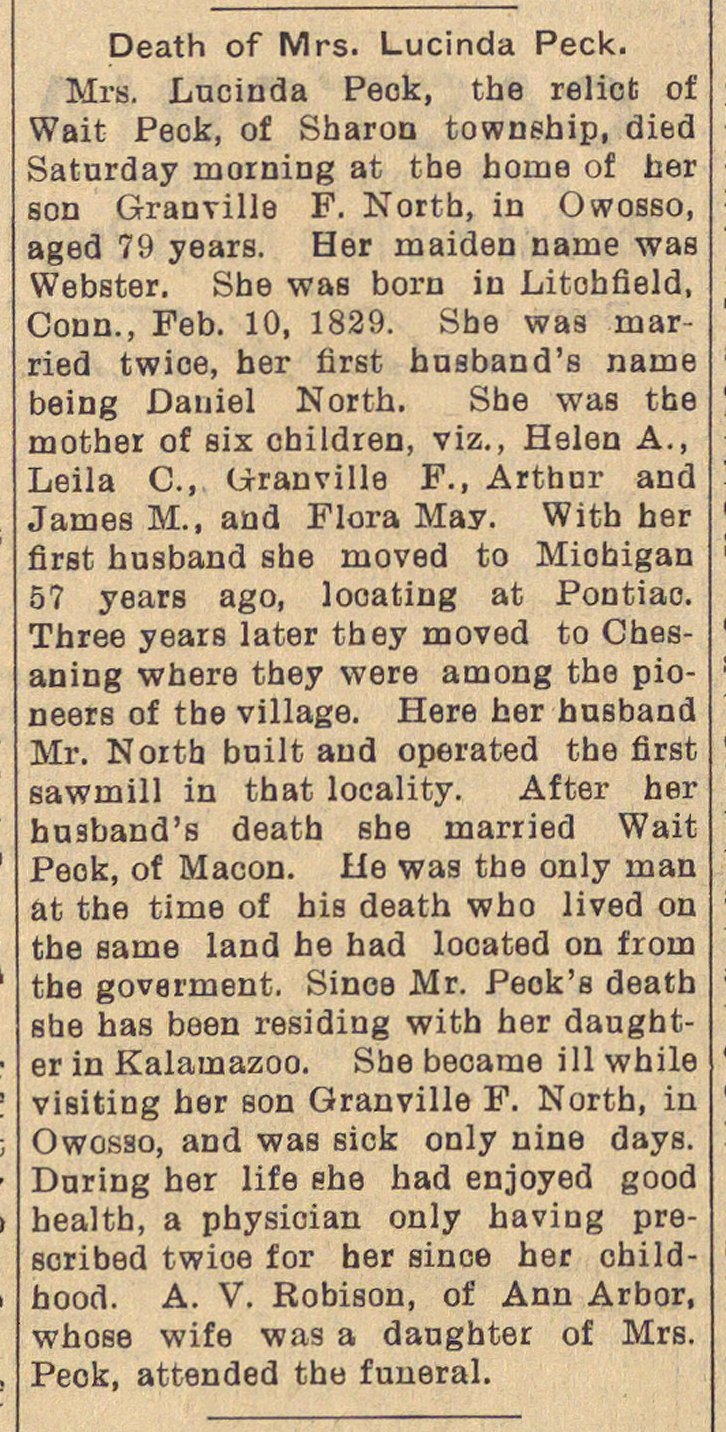 Mrg. Lucinda Peok, the relict o: Wait Peok, of Sharon township, died Satnrday morning at the horne of her son Granville F. North, in Owosso aged 79 years. Her maiden name was Webster. She was born in Litohfield, Conn., Feb. 10, 1829. She was married twioe, her first hnsband's name being Daniel North. She was the mother of six ohildren, viz., Helen A., Leila C, Granville F., Arthur and James M., and Flora May. With her first husband she moved to Miohigan 5? years ago, looating at Pontiao. Three years later they moved to Chesaning where they were among the pioneers of the village. Here her husbanc Mr. North built and operated the first sawrnill in that locality. After her husband's death she married Wait Peok, of Macón. lie was the only man at the time of his death who lived on the same land he had looated on from the goverinent. Sinoe Mr. Peok's death she has been residing with her daugbter in Kalamazoo. She became ill while visiting ber son Granville F. North, in Owosso, and was sick only nine days Dnring her life ahe had enjoyed good health, a physioian only having pre soribed twioe for her since her child bood. A. V. Robison, of Ann Arbor whose wife was a daoghter of Mrs Peck, attended tho funeral.