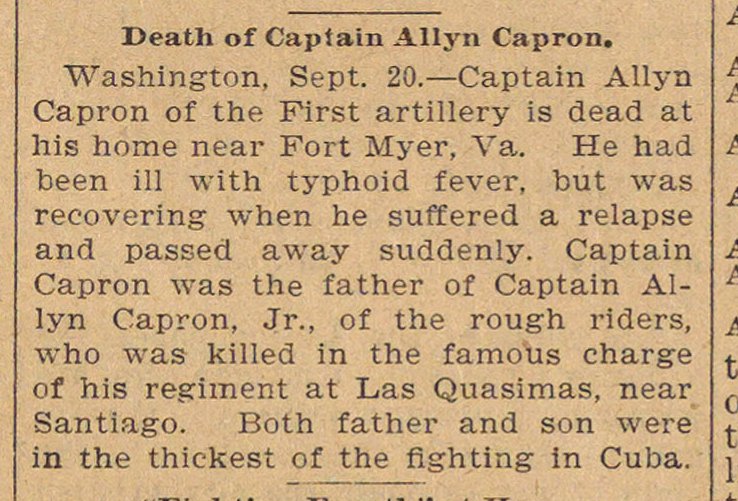 Washington, Sept. 20.- Captain Allya Capron of the Pirst artillery is dead at his home near Fort Myer, Va. He had been ill with typhoid fever, but was recovering when he suffered a relapse and passed away suddenly. Captain Capron was the father of Captain Allyn Capron, Jr., of the rough ï-iders, who was killed in the famous charge of his regiment at Las Quasimas, near Santiago. Both father and son were in the thickest of the fighting in Cuba.