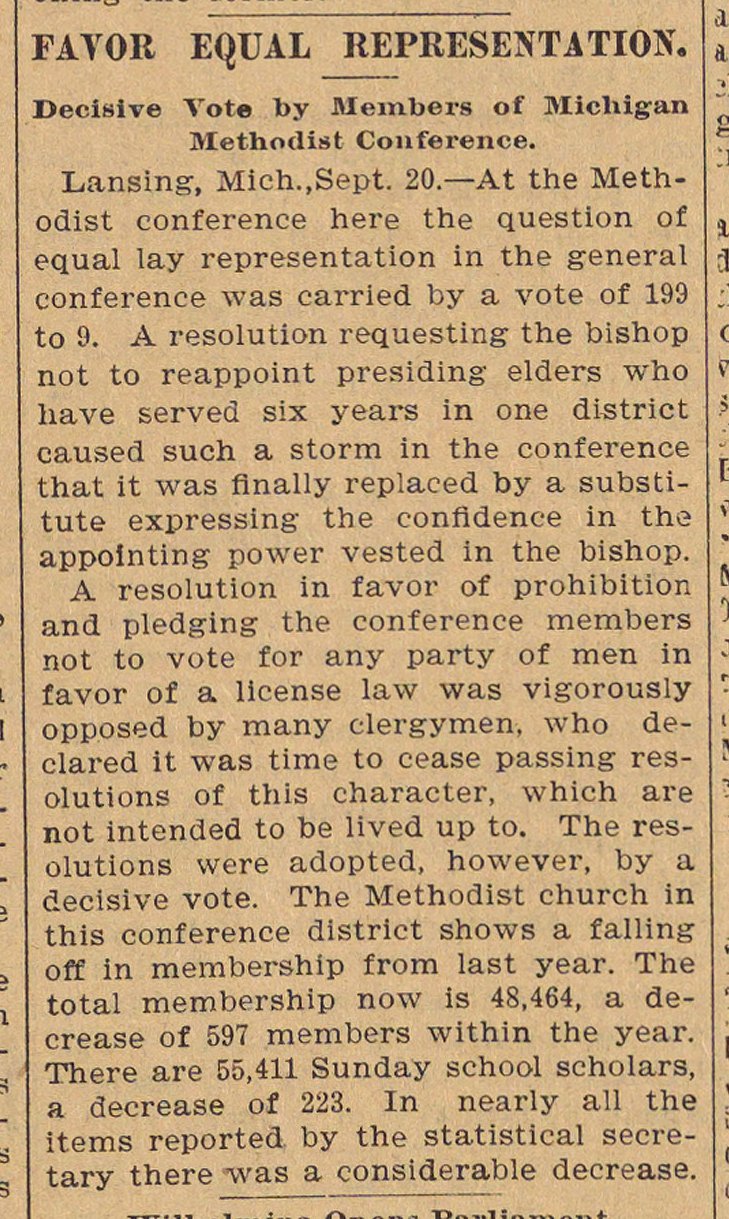 Lansing, Mich.,Sept. 20.- At the Methodist conference here the question of equal lay representaron in the general conference was carried by a vote of 199 o 9. A resolution requesting the bishop not to reappoint presiding elders who have served six years in one district caused such a storm in the conference hat it was finally replaced by a substitute expressing the confidence in the appolnting power vested in the bishop. A resolution in favor of prohibition and pledging the conference members not to vote for any party of men in favor of a license law was vigorously opposed by many clergymen, who declared it was time to cease passing resolutions of this character, which are not intended to be lived up to. The resolutions were adopted, however, by a öecisive vote. The Methodist church in this conference district shows a falling off in membership from last year. The total membership now is 48,464, a decrease of 597 members within the year There are 55,411 Sunday school scholars a decrease of 223. In nearly all the items reported by the statistical secretary there was a considerable decrease