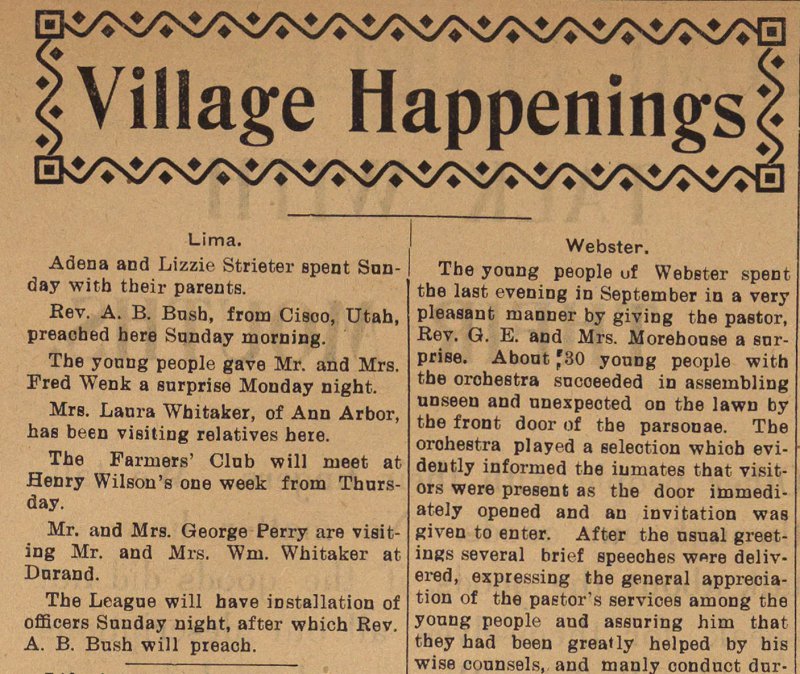 Adena and Lizzie Strieter spent Sunday with their parents.

The Farmers' Club will meet at Henry Wilson's one week from Thursday.

The League will have installation of officers Sunday night, after which Rev. A.B. Bush will preach.

The young people of Webster spent the last evening in September in a very pleasant manner by giving the pastor, Rev. G.E. and Mrs. Morehouse a surprise.  About 30 young people with the orchestra succeeded in assembling unseen and unexpected on the lawn by the front door of the parsonae.  The orchestra played a selection which evidently informed the inmates that visitors were present as the door immediately opened and an invitation was given to enter.  After the usual greetings several brief speeches were delivered, expressing the general appreciation of the pastor's services among the young people and assuring him that they had been greatly helped by his wise counsels, and manly conduct dur-

[rest of article cut off]