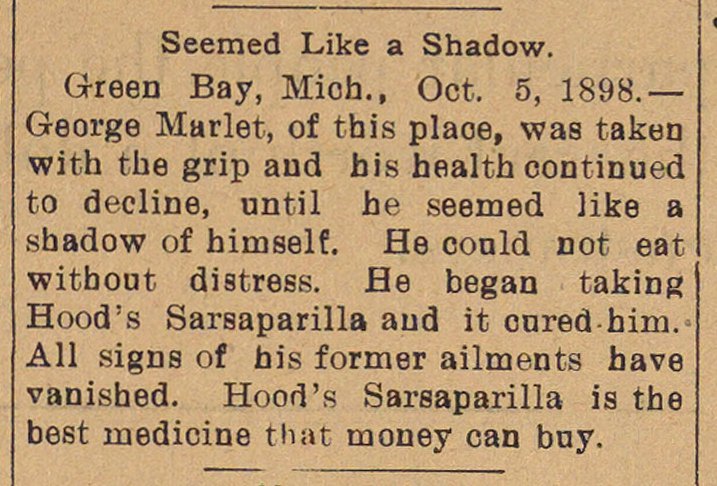 Green Bay, Mich., Oct. 5, 1898. - George Marlet, of this place, was taken with the grip and his health continued to decline, until he seemed like a shadow of himself. He could not eat without distress. He began taking Hood's Sarsaparilla and it cured him. All signs of his former ailments have vanished. Hood's Sarsaparilla is the best medicine that money can buy.