The Ghost In Hamlet 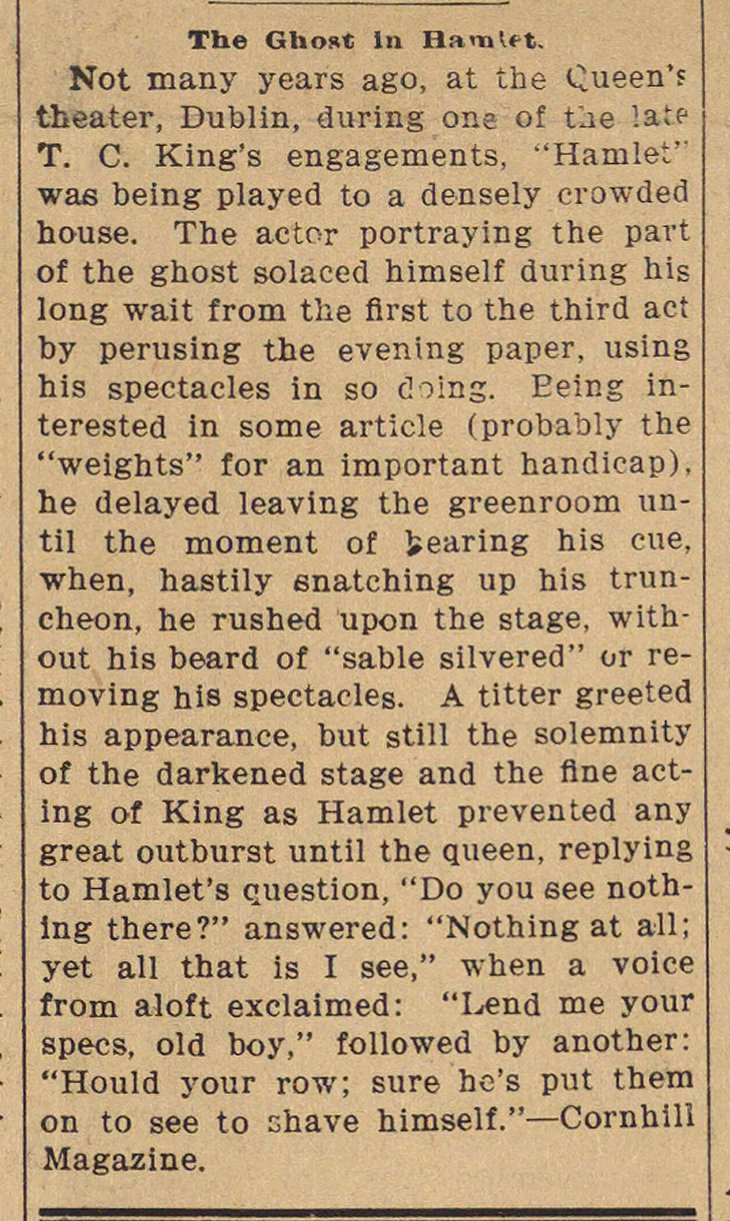 Not many years ago, at the Queen's theater, Dublin, during one oí Oe late T. C. King's engagements, "Hamlet"' was being played to a densely crowded house. The actor portraying the part of the ghost solaced himself during his long wait from the first to the third act by perusing the evening paper, using his spectacles in so doing. Eeing interested in some article (probably the "weights" for an important handicap). he delayed leaving the greenroom until the moment of fcearing his cue, when, hastily 6natching up his truncheon, he rushed upon the stage, without his beard of "sable silvered" or removing his spectacles. A titter greeted his appearance, but still the solemnity of the darkened stage and the fine acting of King as Hamlet prevented any great outburst until the queen, replying to Hamlet's question, "Do you eee nothing there?" answered: "Nothing at all; yet all that is I see," when a voice from aloft exclaimed: "Lend me your specs, old boy," followed by another: "Hould your row; sure he's put them