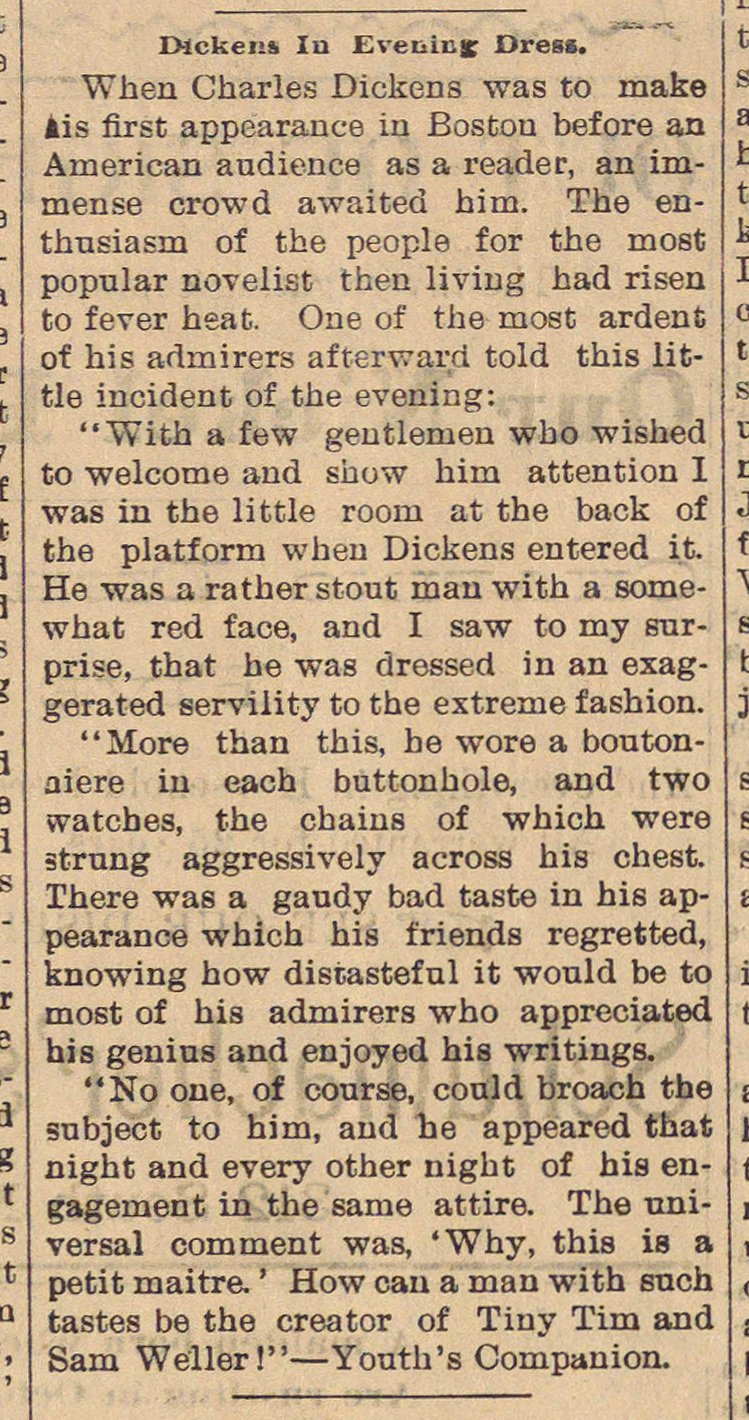 Whea Charles Dickens was to make is first appearance in Bostou before an American audience as a reader, an immense crowd awaited him. The enthusiasm of the people for the most popular novelist then living had risen to fever heat. One of the most ardent of his admirers afterward told this little incident of the evening: "With a few gentlemen who wished to welcome and show him attention I was in the little room at the back of the platform when Dickens entered it. He was a rather stout man with a somewhat red face, and I saw to my surprise, that he was dressed in an exaggerated serviiity to the extreme fashion. "More than this, be wore a boutonaiere in each buttonhole, and two watches, the chains of which were strung aggressively across his chest. Ihere was a gaudy bad taste in his appearance which his friends regretted, knowing how distasteful it would be to most of his admirers who appreciated his genius and enjoyed his writings. "No one, of conrse, could broach the subject to him, and he appeared that night and every other night of his engagement in the same attire. The universal comment was, 'Why, this is a petit maitre. ' How can a man with such tastes be the creator of Tiny Tim and Sam Weller!':