The Black Hole Of Calcutta 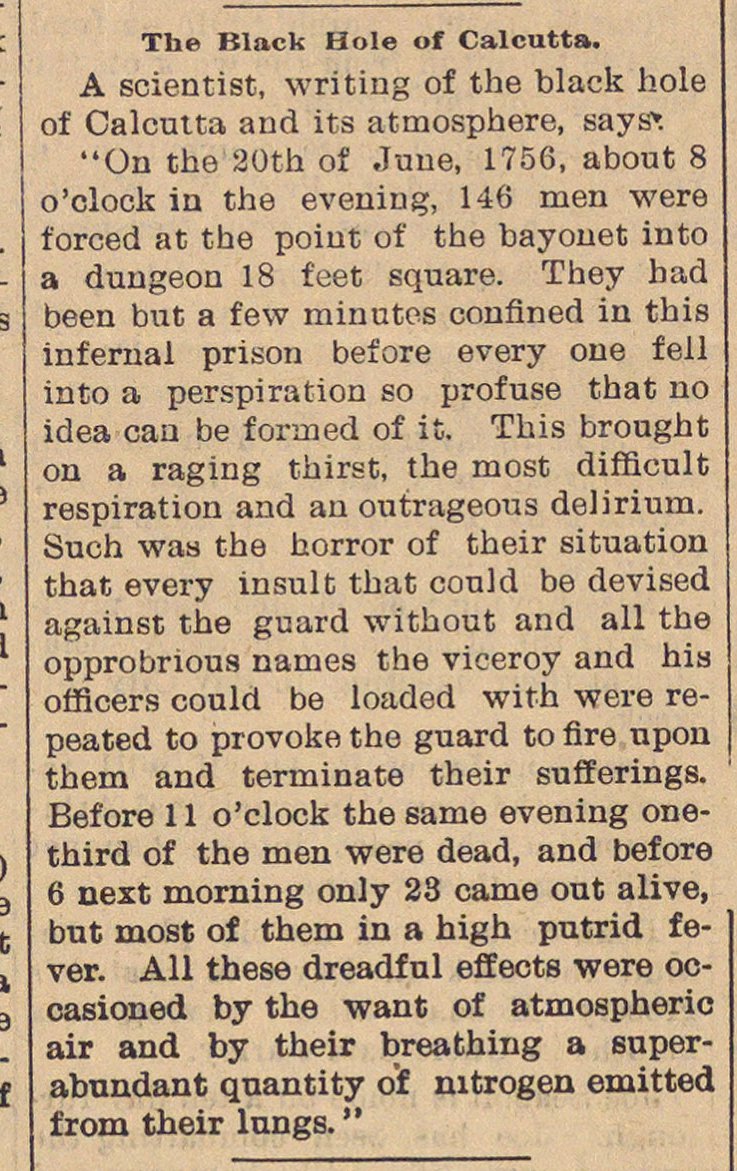 A scientist, writing of the black hole of Caloutta and its atmosphere, says. "On the 3Oth of June, 1756, about 8 o'clock in the evening, 146 men were torced at the poiut of the bayonet into a duugeon 18 feet square. They bad been but a few minutes confined in this infernal prison before every one feil into a perspi ration so prof use that no idea can be formed of it. This brought on a raging thirst, the most difficult respiration and an outrageous delirium. Such was the horror of their situation that every insult tbat conM be devised against the guard without and all the opprobrious names the viceroy and nis officers could be loaded with were repeated to provoke the guard to fire upon them and terminate their sufferings. Before 1 1 o'clock the same evening onethird of the men were dead, and before 6 next morning only 28 came out alive, but most of them in a high putrid fever. All these dreadf ui eff ects were ocoasioned by the want of atmospheric air and by their breathing a superabundant quantity of mtrogen emitted f rom their lungs. "