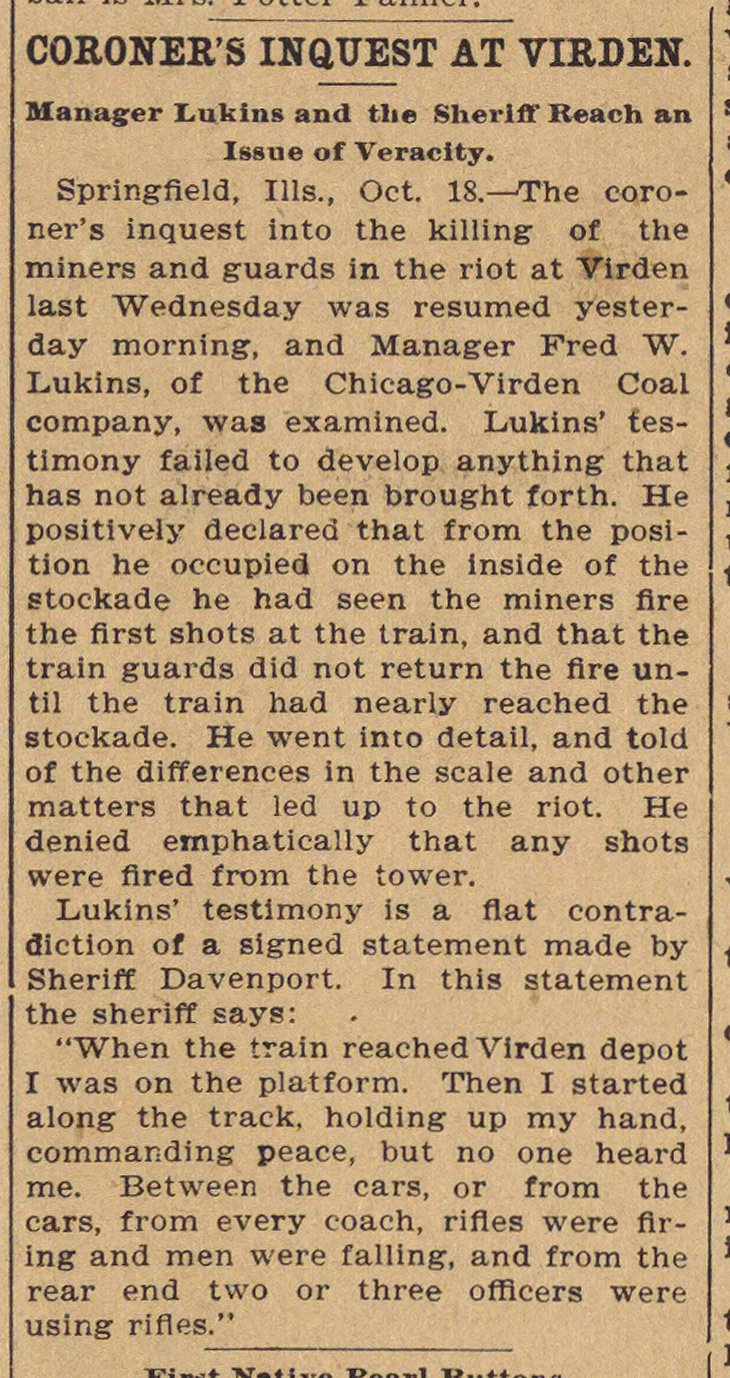 Springfield, Hls., Oct. 18.- The coroner's inquest into the killing of the miners and guards in the riot at Virden last Wednesday was resumed yesterday morning, and Manager Fred W. Lukins, of the Chicago-Virden Coal company, was examined. Lukins' festimony failed to develop anything that has not already been brought forth. He positively declared that from the position he occupied on the inside of the stockade he had seen the miners flre the first shots at the train, and that the train guards did not return the flre until the train had nearly reached the stockade. He went into detail, and told of the differences in the scale and other matters that led up to the riot. He denied emphatically that any shots were fired from the tower. Lukins' testimony is a flat contradiction of a sígned statement made by Sheriff Davenport. In this statement the sheriff says: "When the train reached Virden depot I was on the platform. Then I started along the track, holding up my hand, commanding peace, but no one heard me. Between the cars, or from the cars, from every coach, rifles were firing and men were falling, and from the rear end two or three offlcers were using rifles."