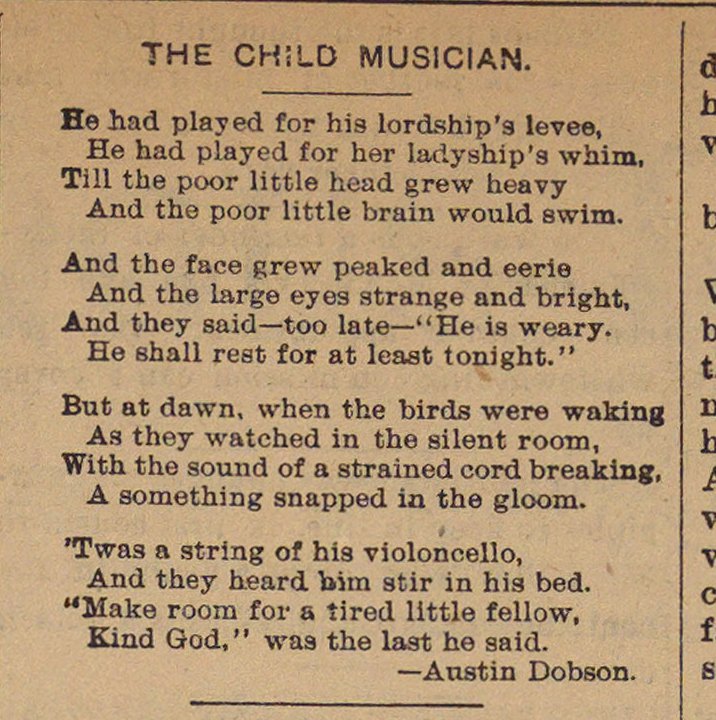 He had played for his lordship'9 levee, He had played for her ladyship's wain, Tlll the poor little head grew heavy And the poor little brain would swim. And the face grew peaked and eerie And the large eyes atrange and bright, And they said- too late- "He ia weary. He shall rest for at least tonight." But at dawn, when the birds were waking As they watehed in the silent room, With the sound of a strained cord breaking, A something snapped ia the gloom. 'Twa3 a string of his violoncello, And they heard bim stir in his bed. "Make room for a tired little fellow, Kind God," was the last he aaid.