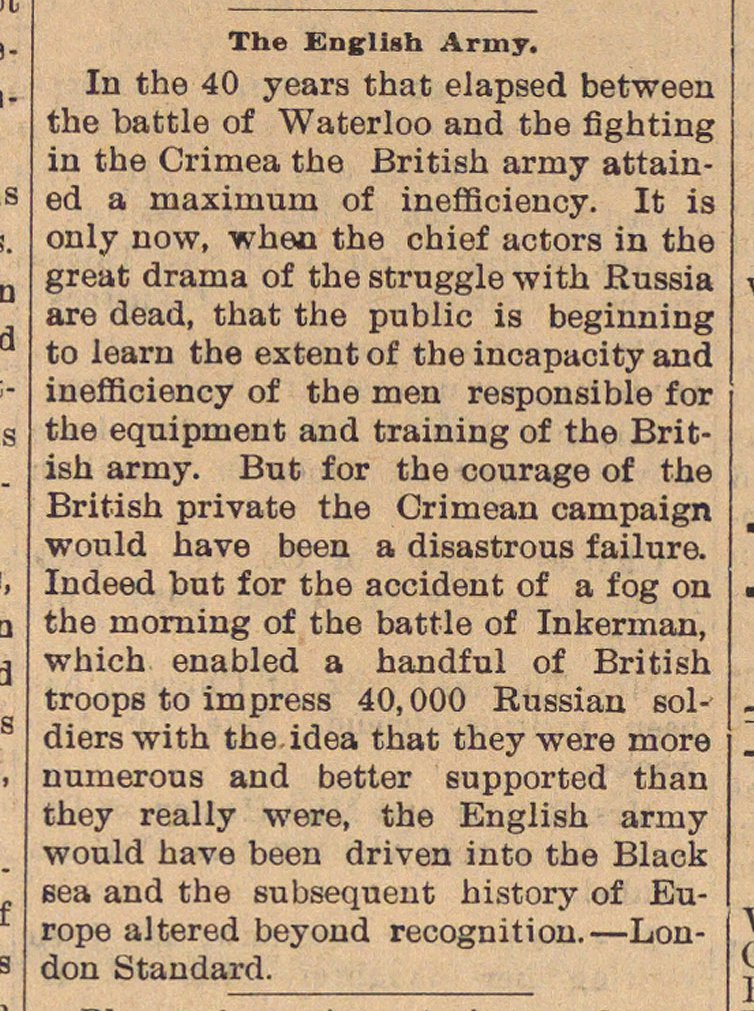 In the 40 years that elapsed between the battle of Waterloo and the fighting in the Crimea the British army attained a maximum of inefflciency. It is only bow, wheo the chief actors in the great drama of the struggle with Russia are dead, that the public is beginning to learn the extent of the incapacity and inefflciency of the men responsible for the equipment and training of the British army. But for the courage of the British private the Crimean campaign would have been a disastrous failure. Indeed but for the accident of a fog on the morning of the battle of Inkerman, which enabled a handful of British troops to impress 40,000 Russian soldiers with the. idea that they were more numerous and better supported than ;hey really were, the English army would have been driven into the Black sea and the subsequent history of