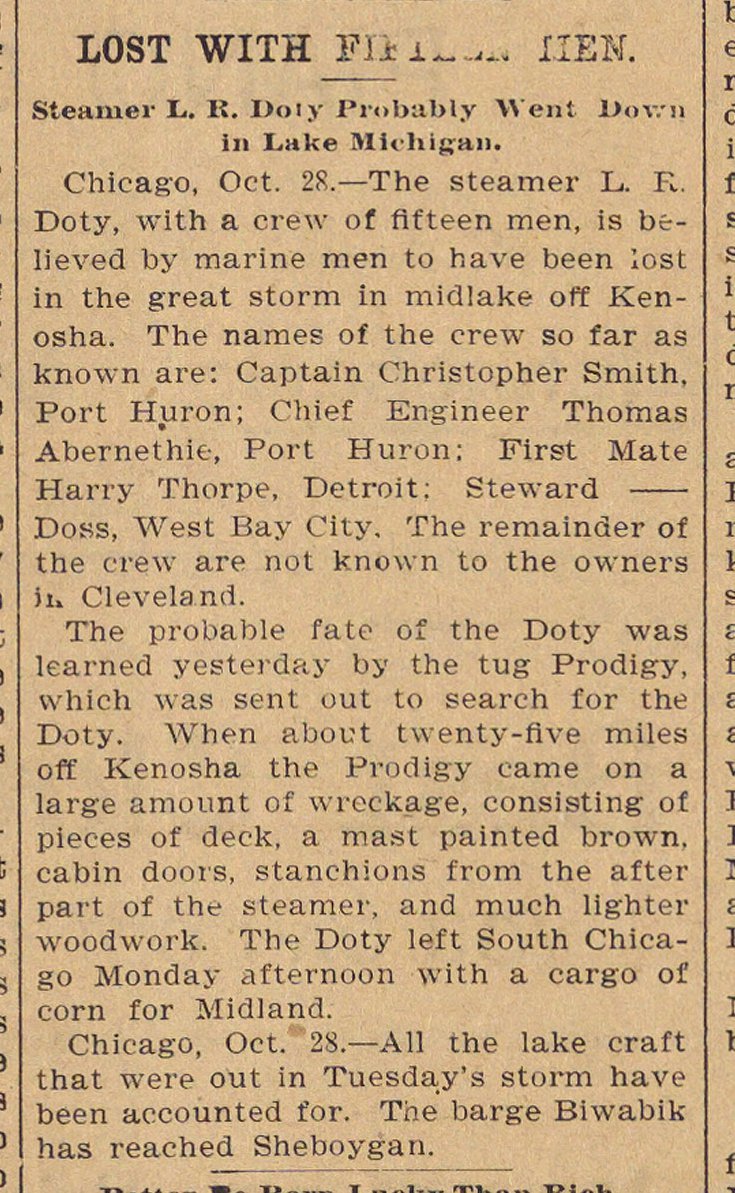 Chicago, Oct. 28.- The steamer L. R. Doty, with a crew of fifteen men, is believed by marine men to have been lost in the great storm in midlake off Kenosha. The names of the crew so far as known are: Captain Christopher Smith, Port Huron; Chief Engineer Thomas Abernethie, Port Huron: First Mate Harry Thorpe, Detroit: Steward Doss, West Bay City. The remainder of the crew are not known to the owners in Cleveland.

The probable fate of the Doty was learned yesterday by the tug Prodigy, which was sent out to search for the Doty. When about twenty-five miles off Kenosha the Prodigy came on a large amount of wreckage, consisting of pieces of deck, a mast painted brown, cabin doors, stanchions from the after part of the steamer, and much lighter woodwork. The Doty left South Chicago Monday afternoon with a cargo of corn for Midland.

Chicago, Oct. 28.- All the lake craft that were out in Tuesday's storm have been accounted for. The barge Biwabik has reached Sheboygan.