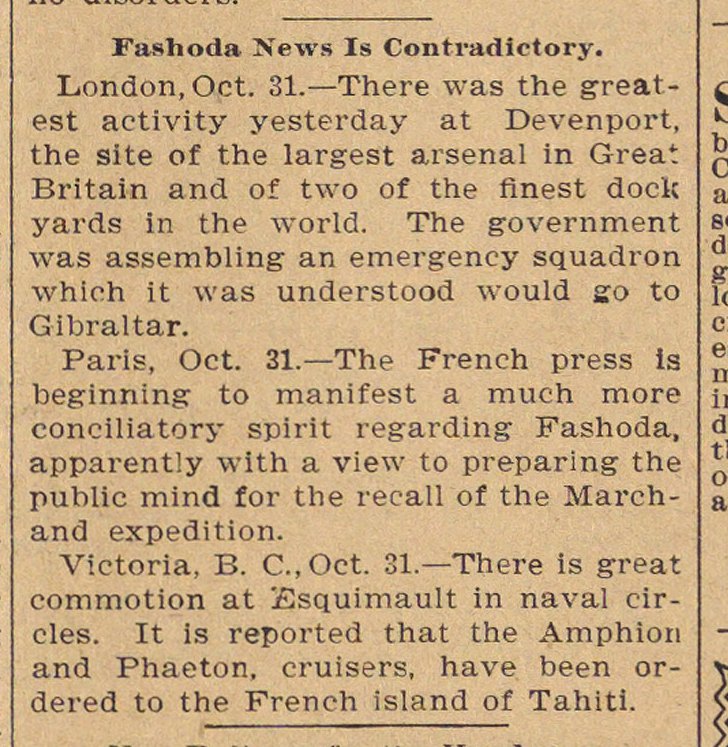 London, Oct. 31. - There was the greatest activity yesterday at Devenport, the site of the largest arsenal in Great Britain and of two of the finest doek yards in the world. The government was assembling an emergency squadron which it was understood would go to Gibraltar. Paris, Oct. 31. - The French press Is beginning to manifest a much more conciliatory spirit regarding Fashoda. apparently with a view to preparing the public mind for the recall of the Marchand expedition. Victoria, B. C.Oct. 31.- There is great commotion at 'Lsquimault in naval circles. It is reported that the Amphion and Phaeton. cruisers, have been ordered to the French island of Tahiti.