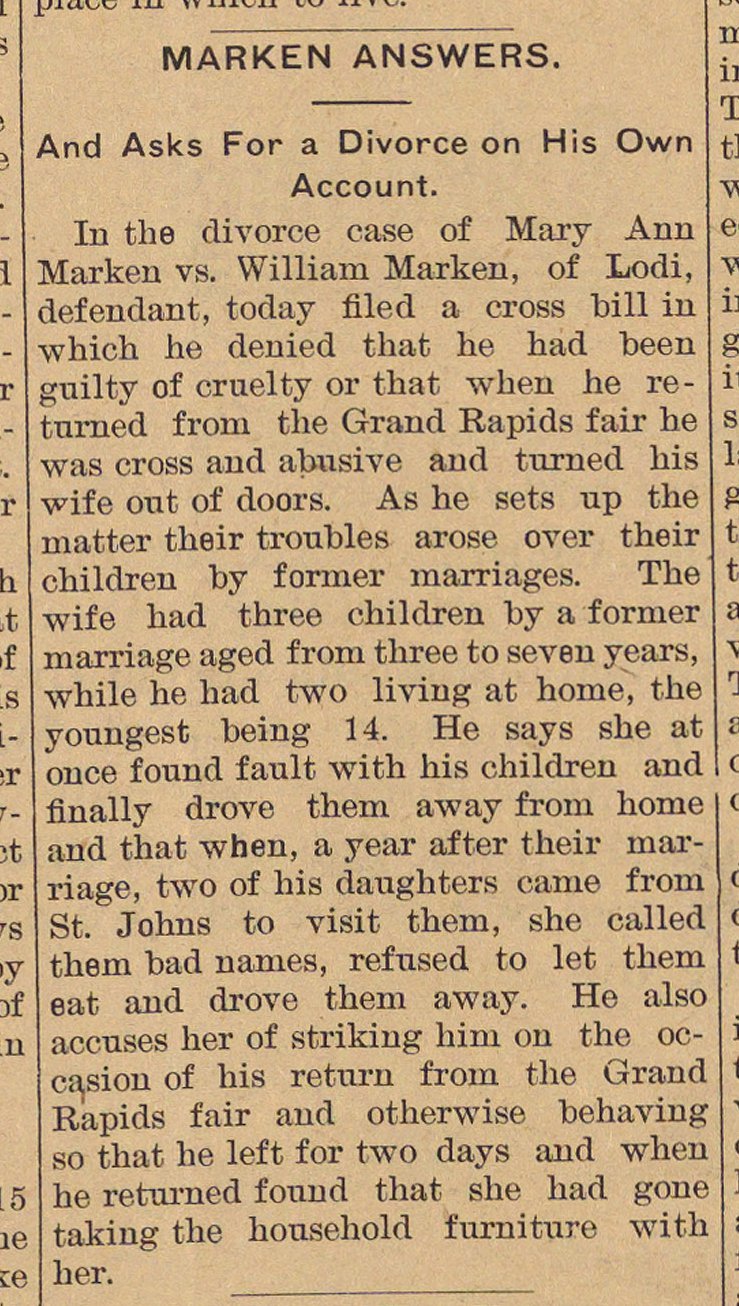 In the divorce case of Mary Ann Marken vs. William Marken, of Lodi, defendant, today flled a cross bill in which he denied that he had been guilty of cruelty or that when he returned froru the Grand Rapids fair he was cross and abusive and turned his wife out of doors. As he sets up the matter their troubles arose over their children by former marriages. The ■wife had three children by a former marriage aged from three to seven years, while he had two living at home, the youngest being 14. He says she at once found fault with his ohildren and flnally drove them away from home and that -when, a year after their marriage, two of his daughters came from St. Johns to visit them, she called them bad names, refnsed to let them eat and drove them away. He also acenses her of striking him on the occasion of his retnrn froin the Grand Rapids fair and otherwise behaving so that he lef t for two days and when he returned fonnd that she had gone taking the honsehold furnitnre with her.