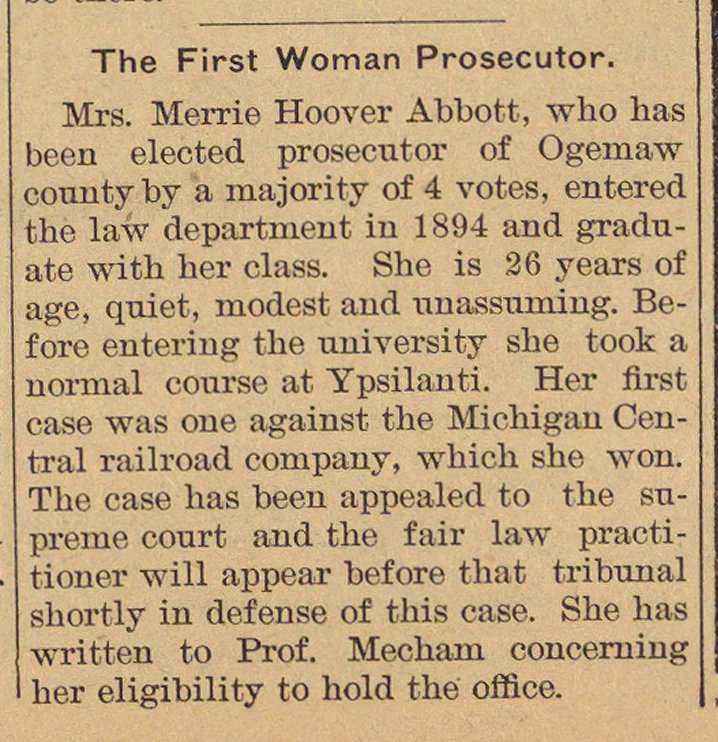 Mrs. Merrie Hoover Abbott, who has been elected prosecutor of Ogemaw county by a majority of 4 votes, entered the law department in 1894 and gradúate with her class. She is 26 years of age, quiet, modest and nnassuming. Before entering the university she took a normal course at Ypsilanti. Her first case was one against the Michigan Central railroad company, which she won. The case has been appealed to the snpreme court and the fair law practitioner will appear before that tribunal shortly in defense of this case. She has ■written to Prof. Mecham concerning her eligibility to hold thé office.