Will Not Take It 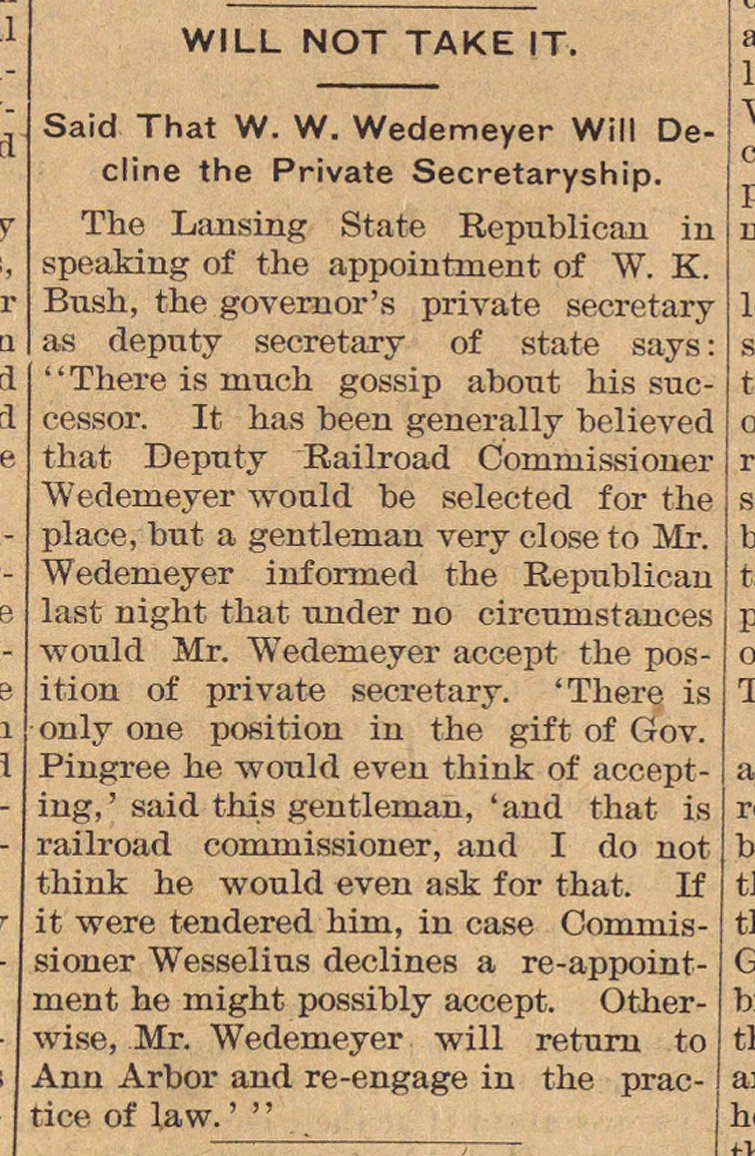 The Lansing State Republican in speaking of the appointment of W. K. Biish, the governor's private secretary as depnty secretary of state says: "There is nmch gossip abont his successor. It has been generally believed that Depnty Railroad Comniissiouer Wedenieyer would be selected for the place, but a gentleman very close to Mr. Wedemeyer informed the Republican last night that under no circnnistances would Mr. "Wedemeyer accept the position of private secretary. 'There is only oue position in the gift of Gov. Pingree he wonld even think of accepting,' saidthis gentleman, 'aud that is railroad commissioner, and I do not think he would even ask for that. If it were tendered him, in case Oommissioner Wesselius declines a re-appointment he might possibly accept. Otherwise, Mr. Wedemeyer will return to Ann Arbor and re-engage in the practice of law. ' "