Will Make No Trouble 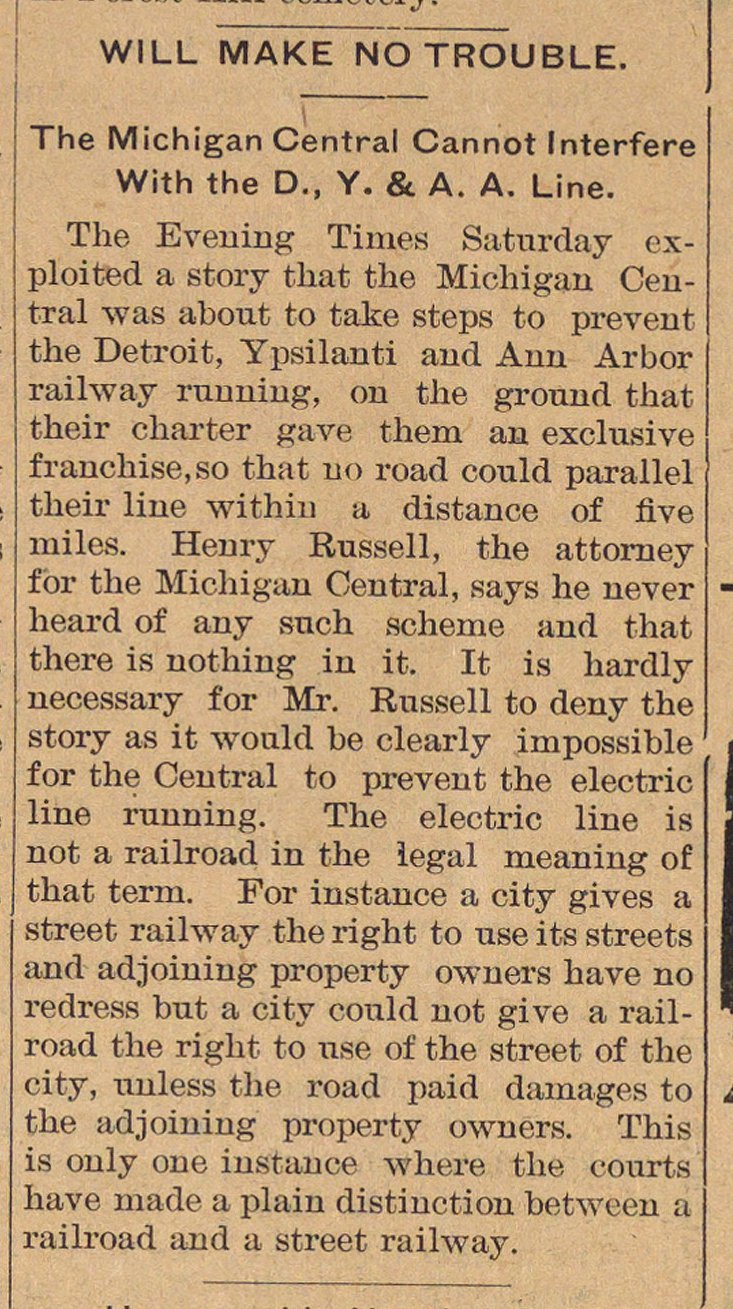 The Evening Times Saturday cxploited a story that the Michigan Central was about to taie steps to prevent the Detroit, Ypsilanti and Ann Arbor raihvay running, on the ground that their charter gave them au exclusive franchise, so that un road could parallel their line within a distance of five miles. Henry Russell, the attorney fbr the Michigan Central, says he never heard of any such scheme and that there is nothing in it. It is hardly necessary for Mr. Russell to deny the story as it would be clearly impossible for the Central to prevent the electric line running. The electric line is not a railroad in the legal meaning of that term. For instance a city gives a street raihvay the right to use its streets and adjoiniug property owners have no redress but a city could not give a railroad the right to use of the street of the city, unless the road paid dainages to the adjoining property owners. This is only one instance where the courts have made a plain distinction between a railroad and a street raihvay.