Told By A Dog 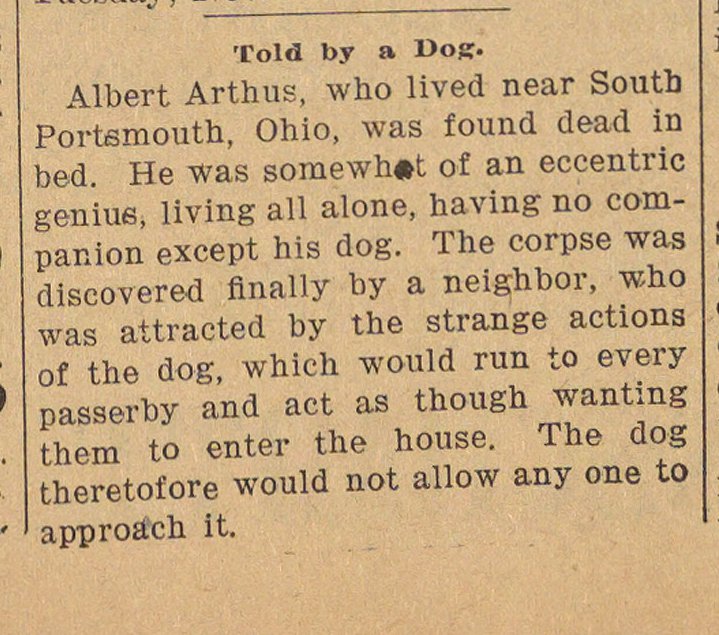 Albert Arthus, who lived near South Portsmouth, Ohio, was iound dead in bed. He was somewht oí an eccentnc genius, living all alone, having no companion except his dog. The corpse was discovered finally by a neighbor, who was attracted by the strange actions oí the dog which would run to every passerby and act as though wanting them to enter the house. The dog theretoïore would not allow any one to approách it.