Death Of A Former Lodi Citizen 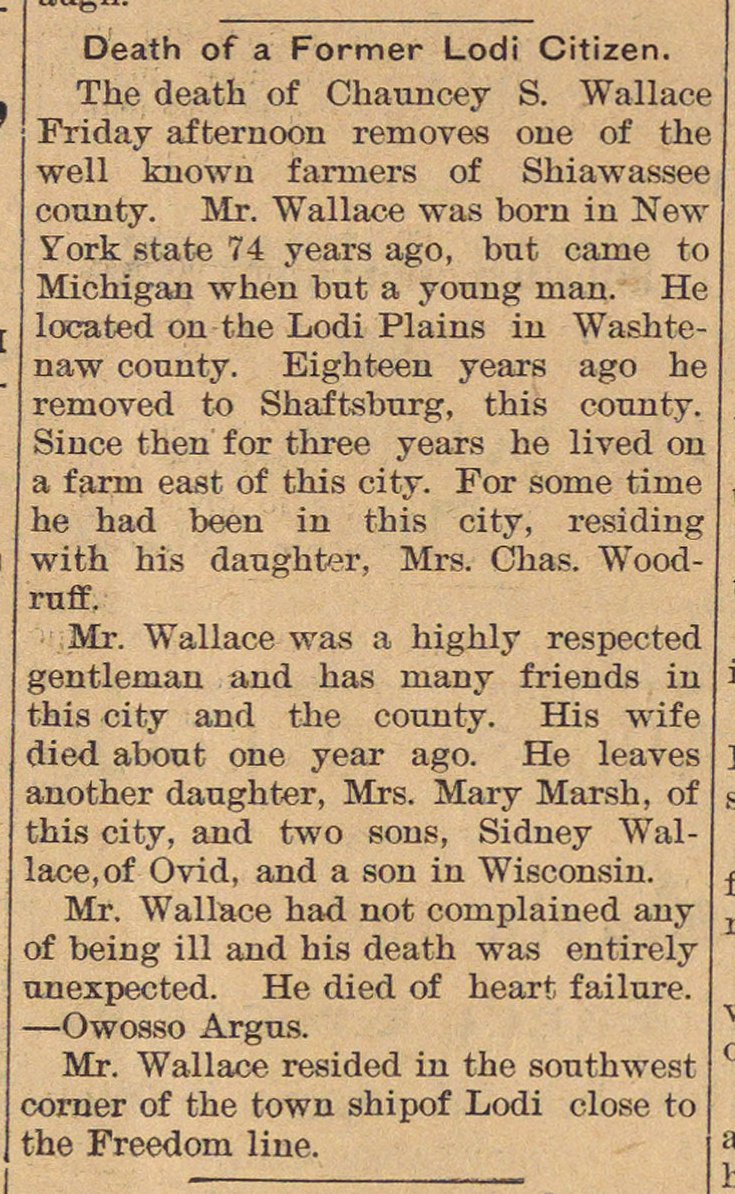 The death of Chauncey S. Wallace Friday afternoon removes one of the well kuown farmers of Shiawassee county. Mr. Wallace was born in New York state 74 years ago, but carne to Michigan when but a young man. He located on the Lodi Plains in Washtenaw county. Eighteen years ago he removed to Shaftsburg, this county. Since then for tliree years he lived on a farm east of this city. For some time he had been in this city, residing with his daughter, Mrs. Chas. Woodruff. Mr. Wallace was a highly respected gentleman and has many friends in this city and the county. His wife died about one year ago. He leaves another daughter, Mrs. Mary Marsh, of this city, and two sons, Sidney Wallace, of Ovid, and a son in Wisconsin. Mr. Wallace had not complained any of being ill and his death was entirely unexpected. He died of heart failure. - Owosso Argus. Mr. Wallace resided in the southwest corner of the town shipof Lodi close to the Freedom line.