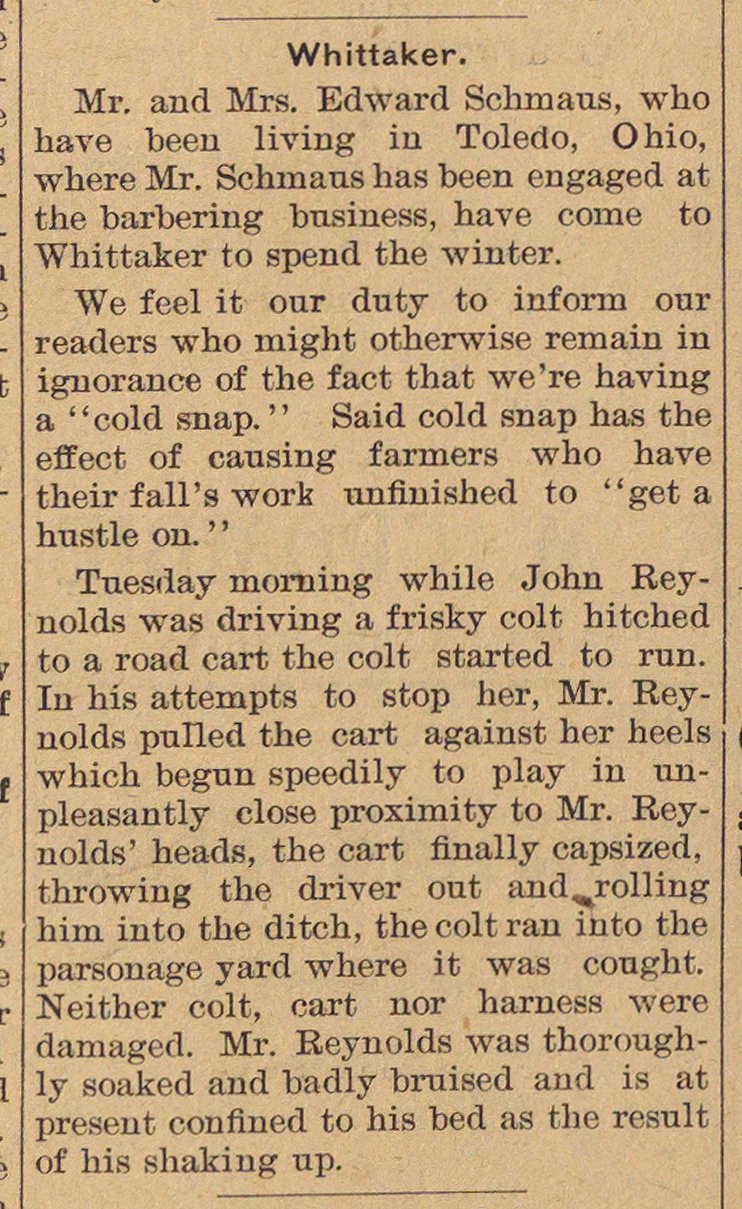 Mr. and Mrs. Edward Schrnaus, who have been living in Toledo, Ohio, where Mr. Schmaus has been engaged at the barbering business, have come to Whittaker to spend the winter. We feel it our duty to inform our readers who might otherwise remain in ignorance of the fact that we're having a "cold snap. " Said cold snap has the effect of causing farmers who have their fall's worb iinflnished to "get a htistle on. ' ' Tuesday morning while John Reynolds was driving a frisky colt hitched to a road cart the colt started to run. In his attempts to stop her, Mr. Reynolds pulled the cart against her heels which begun speedily to play in unpleasantly close proximity to Mr. Reynolds' heads, the cart finally capsized, throwing the driver out androlling him into the ditch, the colt ran into the parsonage yard where it was conght. Neither colt, cart nor harness were damaged. Mr. Reynolds was thoroughly soaked and badly bruised and is at present conflned to his bed as the result of his shaking up.