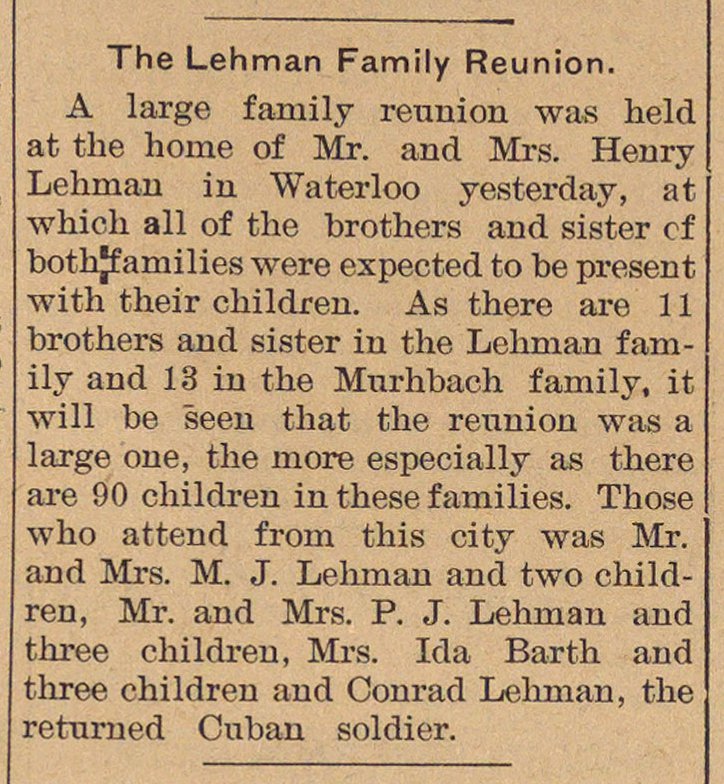 A large family reunión was held at the home of Mr. and Mrs. Henry Lehman in Waterloo yesterday, at which all of the brothers and sister cf both families were expected to be present with their children. As there are 1 1 brothers and sister in the Lehman family and 13 in the Mnrhbach family, it will be seen that the reunion was a large one, the more especially as there are 90 children in these families. Those who attend from this city was Mr. and Mrs. M. J. Lehman and two children, Mr. and Mrs. P. J. Lehman and three children, Mrs. Ida Barth and three children and Conrad Lehman, the returned Cuban soldier.