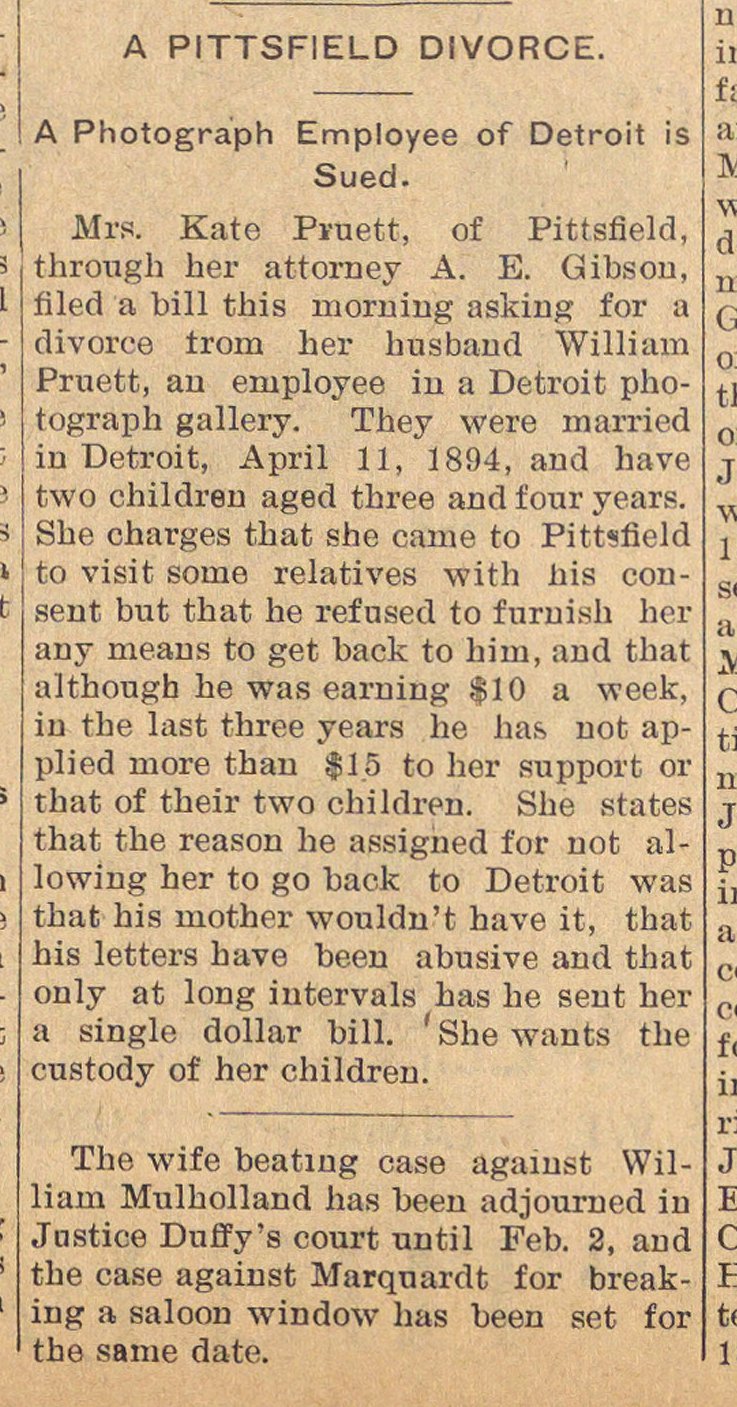 A Photograph Employee of Detroit is Sued

Mrs. Kate Pruett, of Pittsfield, through her attorney A. E. Gibson, filed a bill this morning asking for a divorce from her husband William Pruett, an employee in a Detroit photograph gallery. They were married in Detroit, April 11, 1894, and have two children aged three and four years. She charges that she came to Pittsfield to visit some relatives with his consent but that he refused to furnish her any means to get back to him, and that although he was earning $10 a week, in the last three years he has not applied more than $15 to her support or that of their two children. She states that the reason he assigned for not allowing her to go back to Detroit was that his mother wouldn't have it, that his letters have been abusive and that only at long intervals has he sent her a single dollar bill. She wants the custody of her children.

The wife beating case against William Mulholland has been adjourned in Justice Duffy's court until Feb. 2, and the case against Marquardt for breaking a saloon window has been set for the same date.