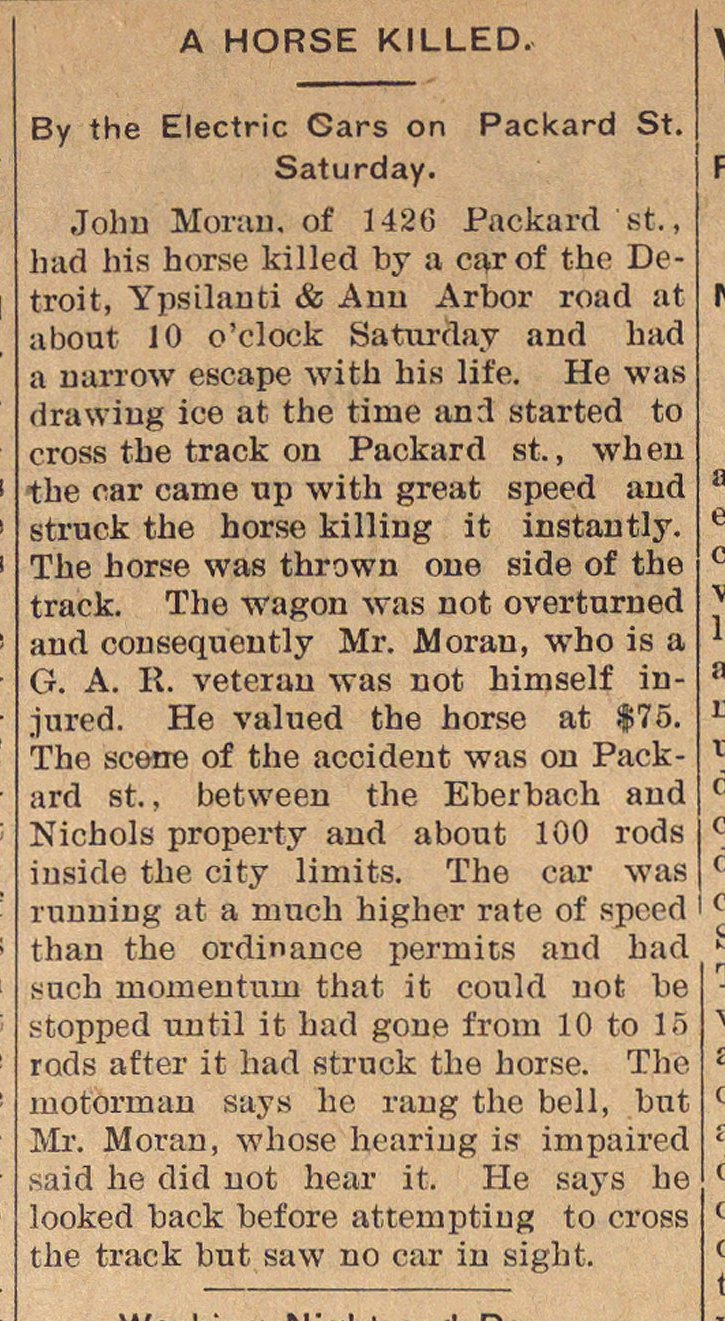 Johu Moral), of Í426 Pnckard 'st. , luid Iris horse killed by a car of tho Detroit, Ypsilanti & Anu Arbor road ut ibont 10 o'clock Saturclay and had a uarrow escape with bis life. He was drawing ice at the time and started to cross the track on Paokard st. , when the car carne up with great speed and struck the horse killing it instantly. The horse was thrown one side of the track. The wagon was not overtnrned and cousequently Mr. Moran, who is a G. A. R. veteren was not himself injured. He valued the horse at $75. The scène of the accident was on Packard st. , between the Eberbach and Nichols property and abont 100 rods inside the city limita. The car was running at a mnch higher rate of speed ' than the ordinance permits and had snch momenturo that it could not be Htopped until it had gone from 10 to 15 rads after it had strnck the horse. The motonnan says he i-ang the bell, bnt Mr. Moran, whose hearing is impaired said he did not hear it. He says he looked back before attemptiug to cross the track but saw no car in sight.