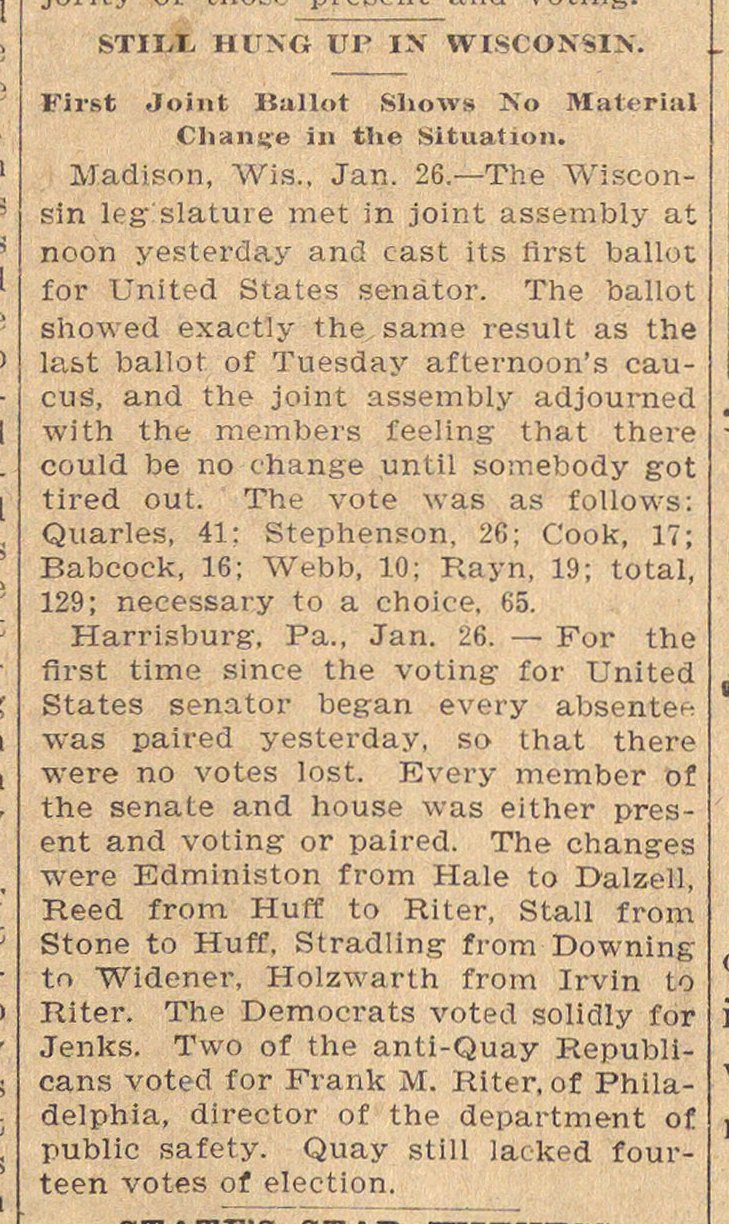 Madison, Wis., Jan. 26. - The Wisconsin ieg' slature met in joint assembly at noon yesterday and cast its flrst ballot for United States senator. The ballot showed exactly the same result as the la&t ballot of Tuesday afternoon's caucuS, and the joint assembly adjourned with the members feeling that there could be no change until somebody got tired out. The vote was as follows: Quarles, 41: Stephenson, 26; Cook, 17; Babcock, 16; Webb, 10; Rayn, 19; total, 129; necessary to a choice. 65. Harrisburg, Pa., Jan. 26. - For the first time since the voting for United States senator began every absenten was paired yesterday, so that there were no votes Jost. Every member of the senate and house was either present and voting or paired. The changes ■were Kdministon from Hale to Dalzell, Reed from Huff to Riter, Sta.ll from Stone to Huff, Stradling from Downing to Widener, Holzwarth from Irvin to Riter. The Democrats voted solicily for Jenks. Tvvo of the anti-Quay Republicans voted for Frank M. Riter, of Philadelphia, director of the department of public safety. Quay still lacked fourteen votes of election.