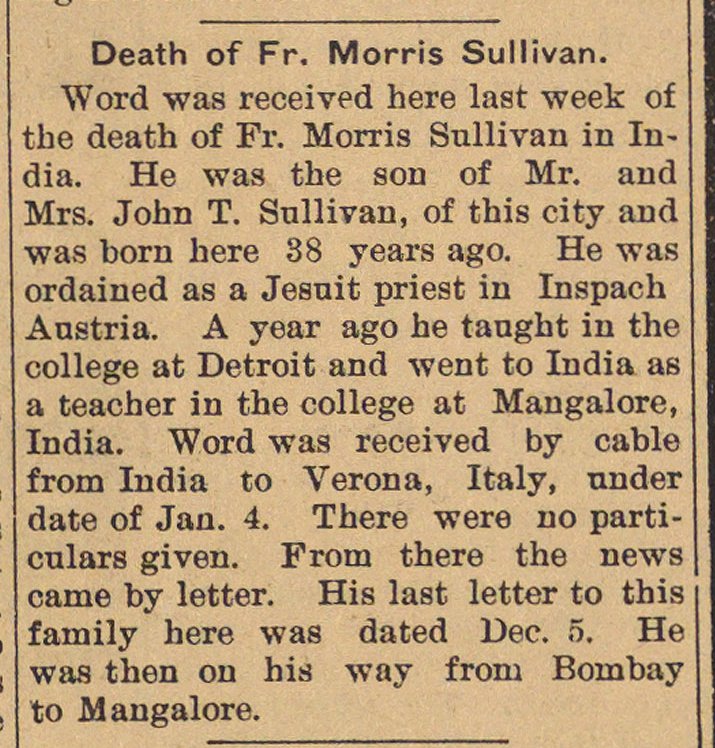 Word was received here last week of :be death of Fr. Morris Sullivan in India. He was the son of Mr. and Vírs. John T. Sullivan, of this city and was bom here 38 years ago. He was ordained as a Jesuit priest in Inspach Austria. A year ago he taught in the college at Detroit and went to India as a teacher in the college at Mangalore, India. Word was received by cable from India to Verona, Italy, nnder date of Jan. 4. There were no parti culars given. From there the news came by letter. His last letter to this family here was dated Dec. 5. He was then on his way froni Boinbay to Mangalore.