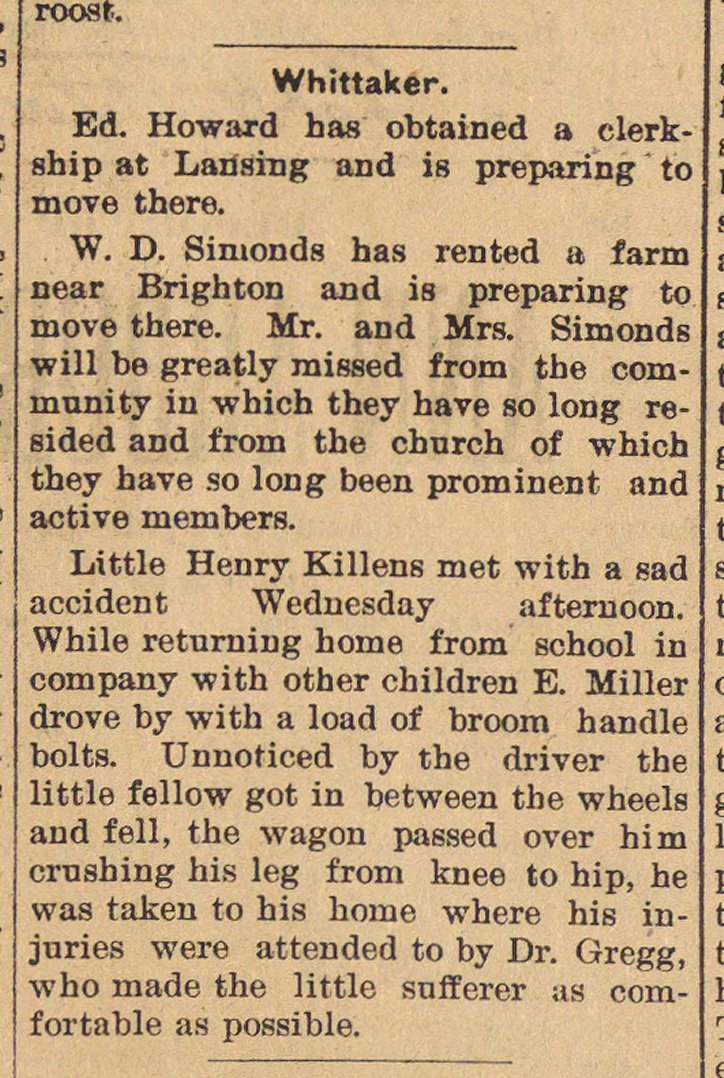 Ed. Howard has obtuined a elerk8hip at Lansing and is preparing to move there. W. D. Simonds has rented a farm near Brighton and is preparing to move there. Mr. and Mrs. Simonds will be greatly missed from the community in which they have so long reided and i'rom the church of which hey have so long been prominent and active members. Little Henry Killens met with a sad accident Wednesday afternoon. While returniug home from school in company with other children E. Miller drove by with a load of broom handle bolts. Unnoticed by the driver the little fellow got in between the wheels and feil, the wagon passed over him crushing his leg from knee to hip, he was taken to his home where his injuries were attended to by Dr. Gregg, who made the little snfferer as comfortable as possible.