Plous Pride In His Achievement 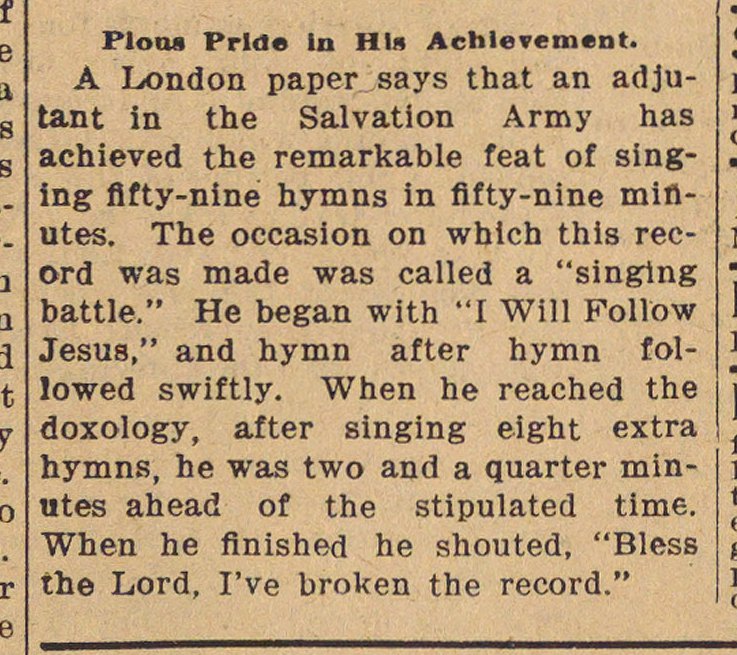 A London paper says tnat an aajutant in the Salvation Army has achieved the remarkable feat of singing flfty-nine hymns in fifty-nine minutes. The occasion on whlch this record was made was called a "singing battle." He began with "I Will Follow Jesús," and hymn after hymn followed swiftly. When he reached the doxoiogy, after singing eight extra hymns, he was two and a quarter minutes ahead of the stipulated time. When he finished he shouted, "Bless the Lord, I've broken the record."