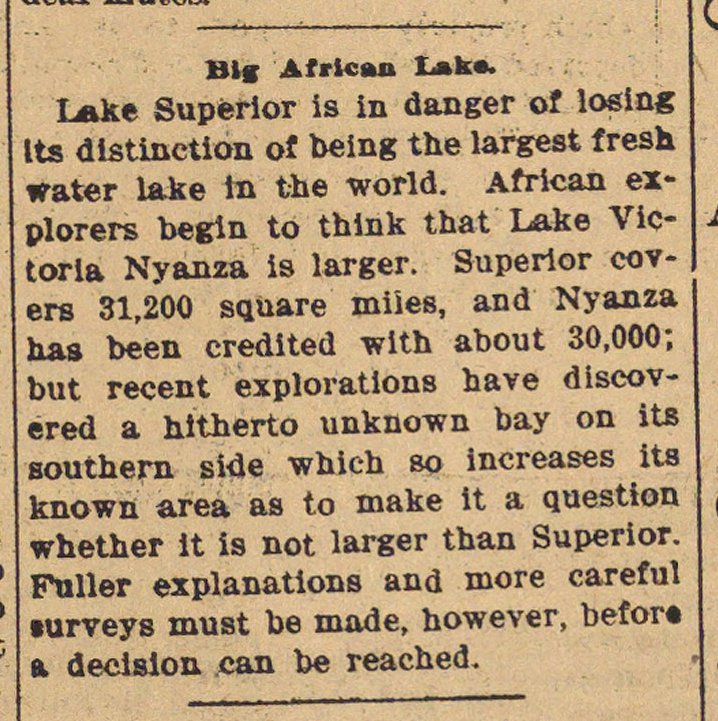 Lake Superior is in danger of losing lts dlstinction of being the largest f resh water lake 1b the world. African explorers begin to think that Lake Victoria Nyanza is larger. Superior covers 31,200 square miles, and Nyanza has been credited wlth about 30,000; but recent explorations have dlscovered a hitherto unknown bay on its Bouthern side which so increases its known área as to make it a question whether it is not larger than Superior. Fuller explanations and more careful urveys must be made, however, befor a decisión can be reached.