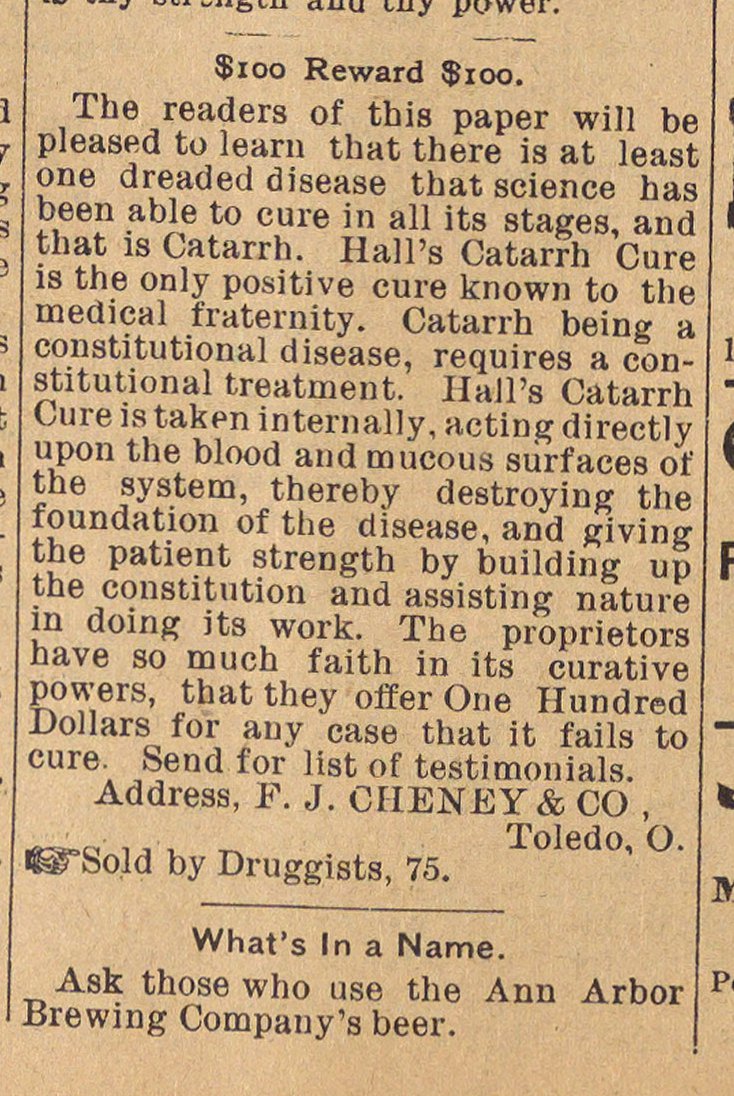 $ioo Reward $100. The readers of this paper will be pleased to learn that there is at least one dreaded disease that science has been able to cure in all its stages, and that is Catarrh. Hali's Catarrh Cure is the only positive cure known to tlie medical fraternity. Catarrh being a constitutional disease, requires a constitutional treatment. Hali's Catarrh Cureistakpninternally.actingdirectly upon the blood and mucous surfaces of the system, thereby destroying the foundation of the disease, and giving the patiënt strength by building up the constitution and assisting nature m doing its work. The proprietors have so much faith in its curative powers, that they offer One Hundred Dollars for auy case that it fails to cure. Send for list of testimoniáis. Address, F. J. CIIENEY& CO , .c u-v Toledo, O. lSold by Druggists, 75. What's In a Name. Ask those who use the Ann Arbor Brewing Company's beer.