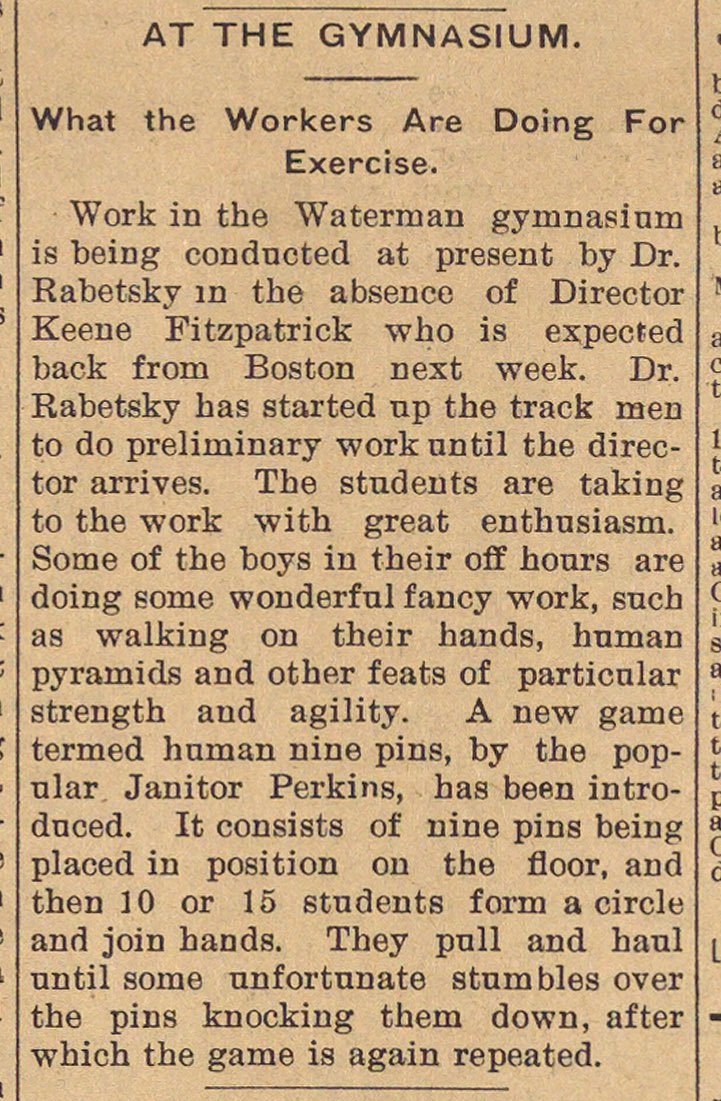 Work in the Waterman gymnasium s being conducted at present by Dr. Sabetsky in the absence of Director Seene Fitzpatrick who is expected jack from Boston next week. Dr. Sabetsky has started np the track men ;o do preliminary workuntil the direc:or arrivés. The studerits are taking ;o the work with great enthnsiasm. Some of the boys in their off honrs are doing some wonderfal fancy work, such as walking on their hands, human pyramids and othfir feats of particular strength and agility. A new game :ermed human nine pins, by the popular Janitor Perkins, has befin introduced. It consists of nine pins being placed in position on the floor, and ;hen 10 or 15 students form a circle and join hands. They pull and haul until some unfortnnate stumbles over ;he pins knocking them down, af ter which the game is again repeated.